Digging In at Anna Hiss Gymnasium 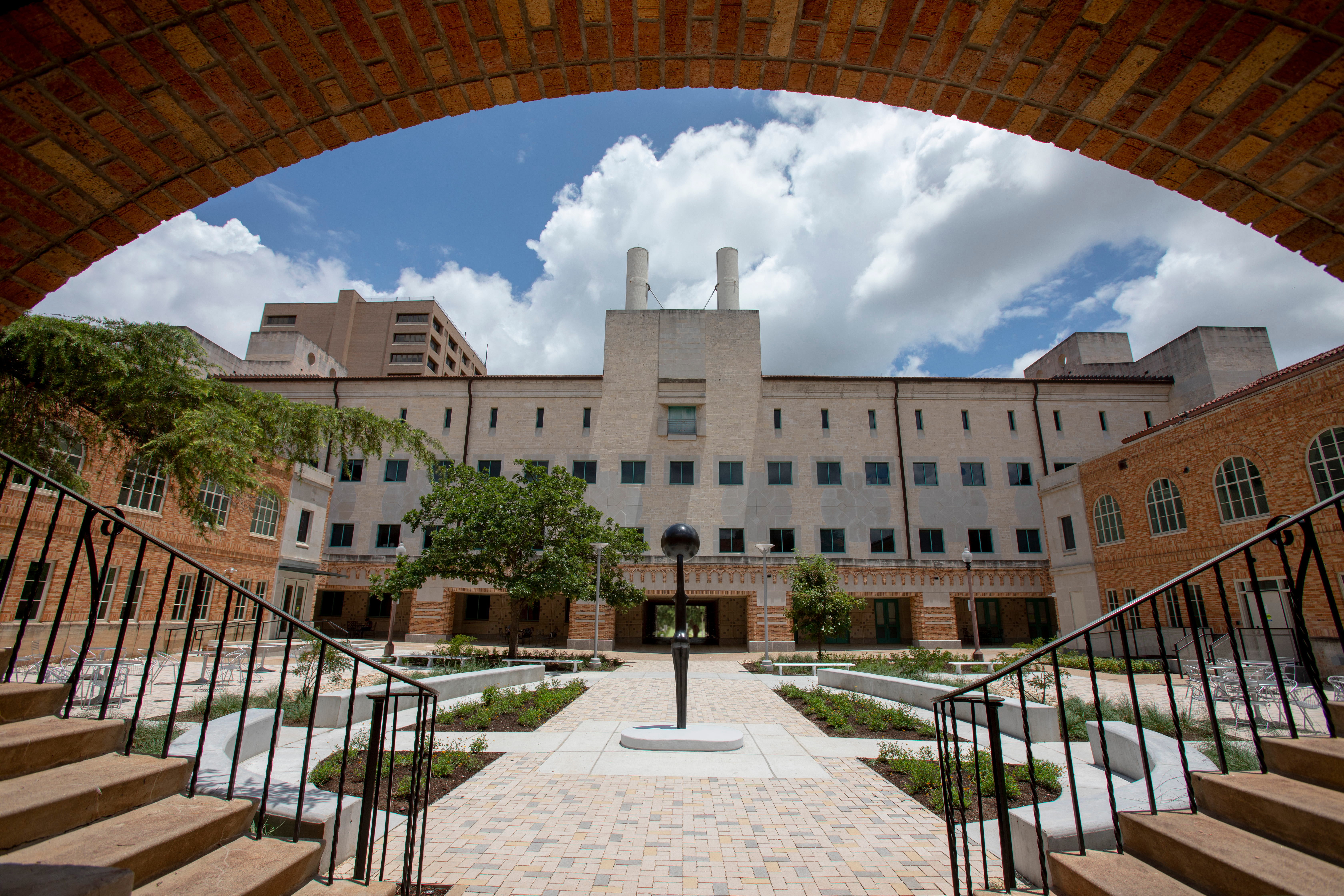 Digging In: An interview with Claire Eddleman-Heath

Recently, Landmarks sat down with Claire Eddleman-Heath, a designer with Asakura Robinson, to discuss the landscape architecture of the newly renovated Anna Hiss Gymnasium courtyard, home to Simone Leigh’s Sentinel IV. Our discussion covered the process behind designing the courtyard space, the influence of Leigh’s sculpture on the design, and the sustainability of the landscaping selected.

Hi Claire. To start off, what was the design  process for the landscape renovation?

When we began our design, Ross Johnson with the UT Provost’s Office and Robert Hengst with UT PCMS were leading renovations of the building and UT Landmarks had acquired Sentinel IV. These two factors set the stage for our process. As a team, we knew that we wanted to create for the Anna Hiss Gym, a flexible outdoor space that centered around Leigh’s sculpture. A huge component of landscapes is that they're living and need to perform; we wanted our design to be both responsive and functional.

We developed the preliminary design with UT’s leadership and Lord Aeck Sargent. The Molecular Biology building in front of the courtyard has an arched walkway that connects the space to Speedway—a really important access point for the entire campus. So, the design pulls off of that axis and creates an East-West axis with the monumental stair, which is where we decided to position Sentinel IV. Within that axis the sculpture takes a prominent point within the center of the courtyard. The whole space is kind of looking towards the sculpture and involves you in the experience of the landscape. 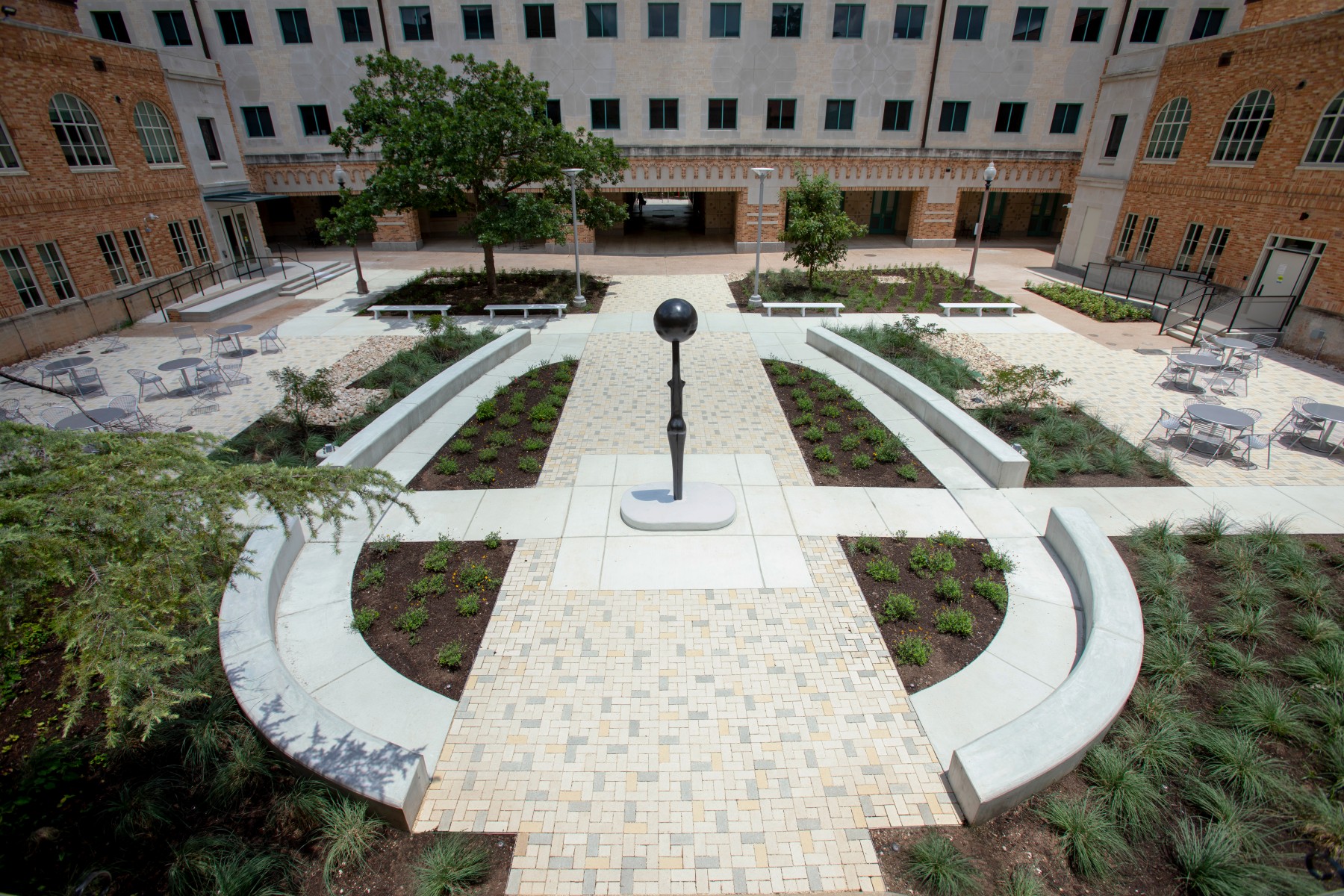 What did you learn through the process of designing the space?

Anna Hiss Gymnasium is really unique. We learned through the process of researching this project that the brickwork on the building actually set the campus standard for a number of years; it introduced that particular color and patterning. So, we felt like it was really important to respond to the façade, the arches, and the monumental stair.

Can you speak about the plants and living elements within the courtyard?

We wanted the space to feel fairly verdant, so we chose a lot of native grasses and grass-like plants. There were also some existing trees in the courtyard. One of them is a Deodar cedar that is contemporary with the original architecture, so we worked closely with UT’s arborist to preserve that tree. During this process, UT Facilities found a companion Deodar cedar that they had rescued from another project and we were able to relocate it to the courtyard. 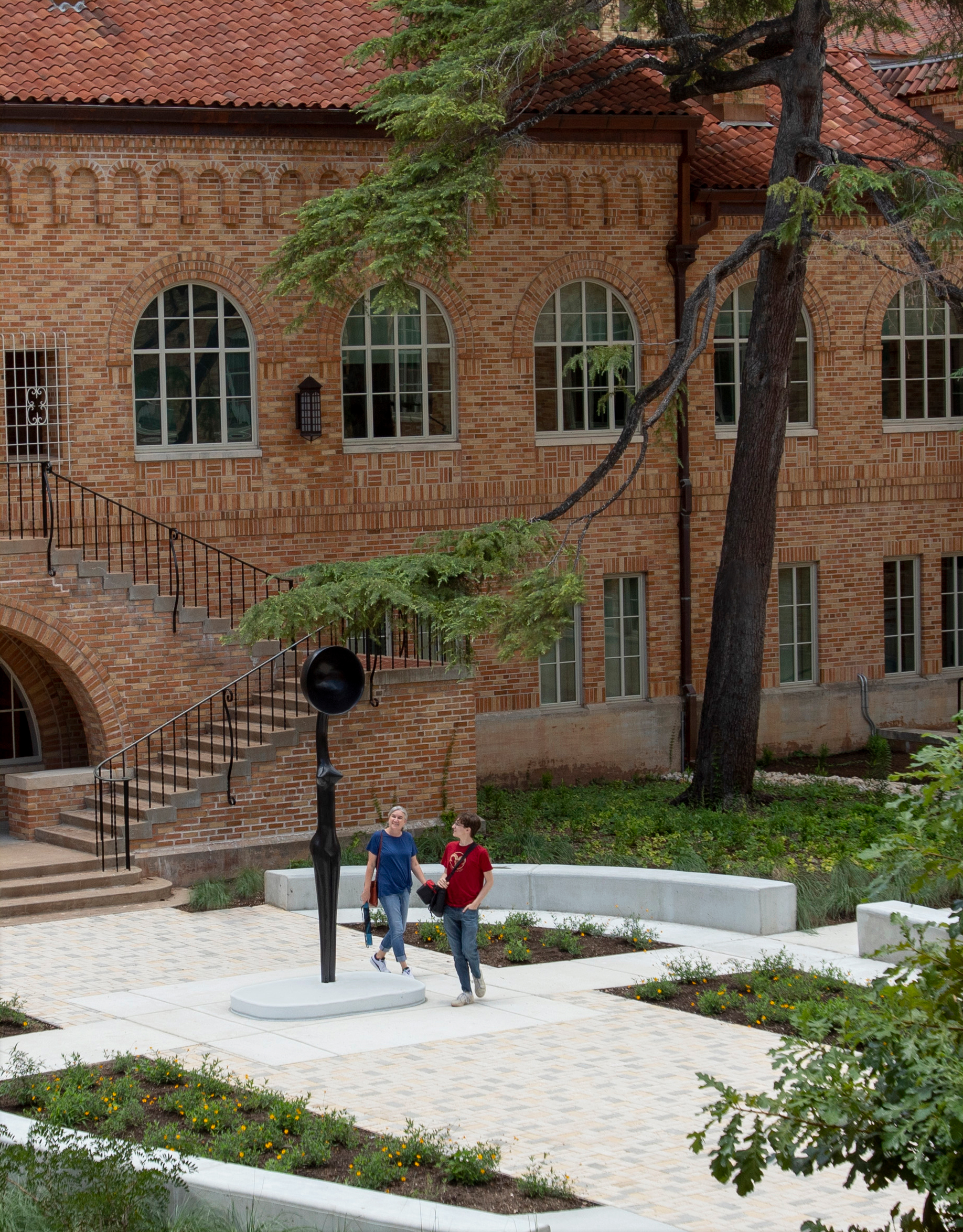 How did you approach the sustainability of the space?

The sustainability of the courtyard was really important. We're using native low water plants that will perform ecological services, and the paving, while chosen in response to architecture, is actually all permeable, so it's relieving some of the impact on the existing stormwater infrastructure. We’re even allowing infiltration. Most of the roof used to just fully drain into the campus stormwater system. We worked closely with Martinez Moore, an innovative civil engineering firm, Jennifer Hrobar, UT’s Arborist, and Lisa Lennon UT’s Landscape Architect, taking a section of it and absorbing it within the courtyard landscape, so we’re lessening the environmental impact of the space even more.

Can you describe the design of the pedestal that Sentinel IV is placed on?

We studied that quite a bit. We came up with a form, but went back and forth as to whether it should be a true rectangular platform. In the end, we felt like it was important to give it a shape that responded to Leigh’s sculpture. A lot of the shape is also complimentary. If you look at the monumental stair, for example, the edges of the stairs aren’t hard edges, they’re curved. We took that exact radius and brought it over to the sculpture base, so there was a relationship between the two.

We understood the importance of protecting the sculpture enough to have it raised a bit, but we didn't want to put it on a big, three-foot base that totally took it out of the scale of the human body and separated it from people. 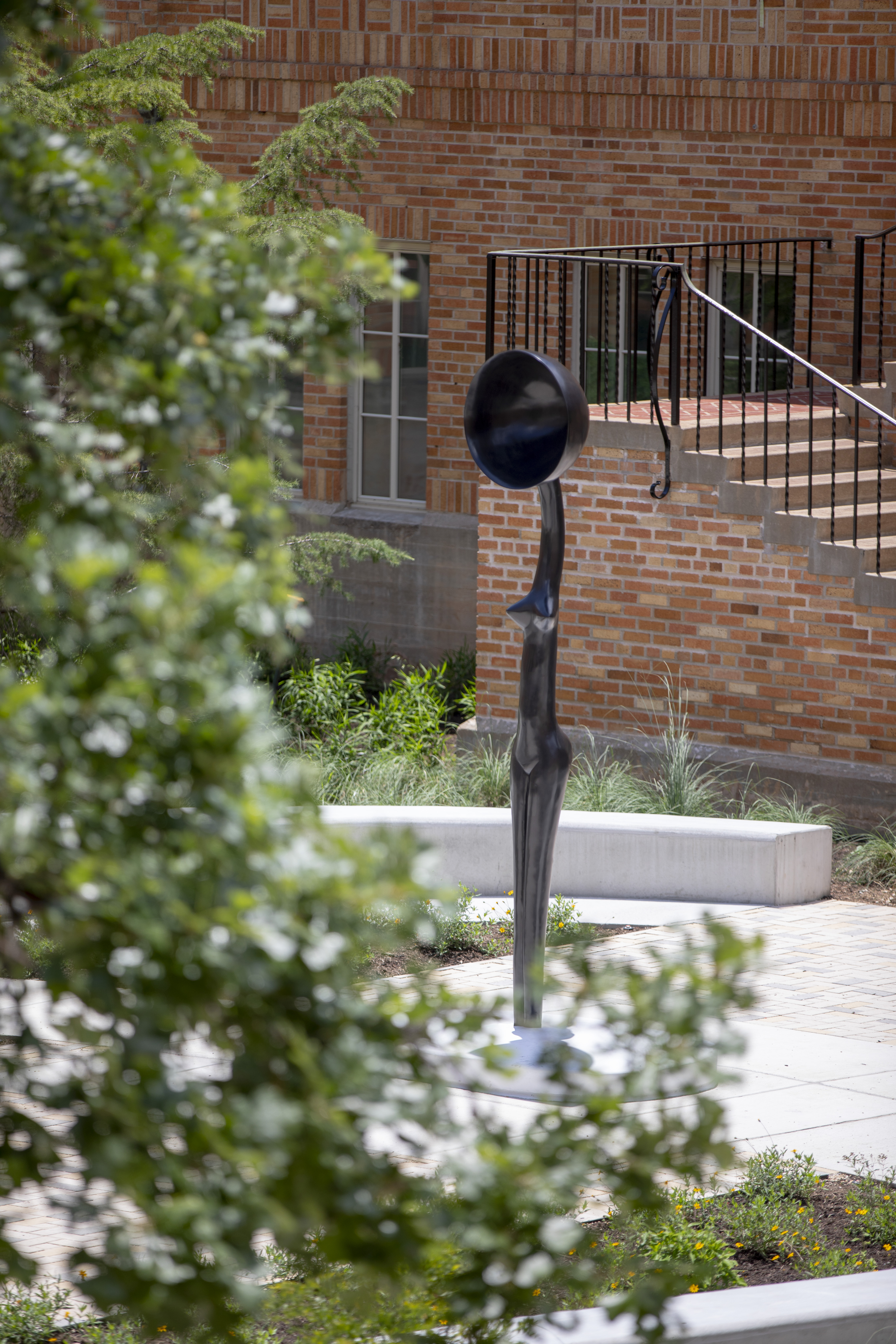 Is there a certain feeling that you want people to come away with after they've been in the space?

I think for me, I’d really like it to feel like a part of a whole. I think that it’s important that we have this incredible work of art and the landscape should really feel like an extension of the building that supports it. The furnishing within the space is meant to encourage multiple types of use. And I think that's the same with the seating that surrounds Sentinel IV. It encourages lingering, and daydreaming, and involves the sculpture in your day-to-day experience.