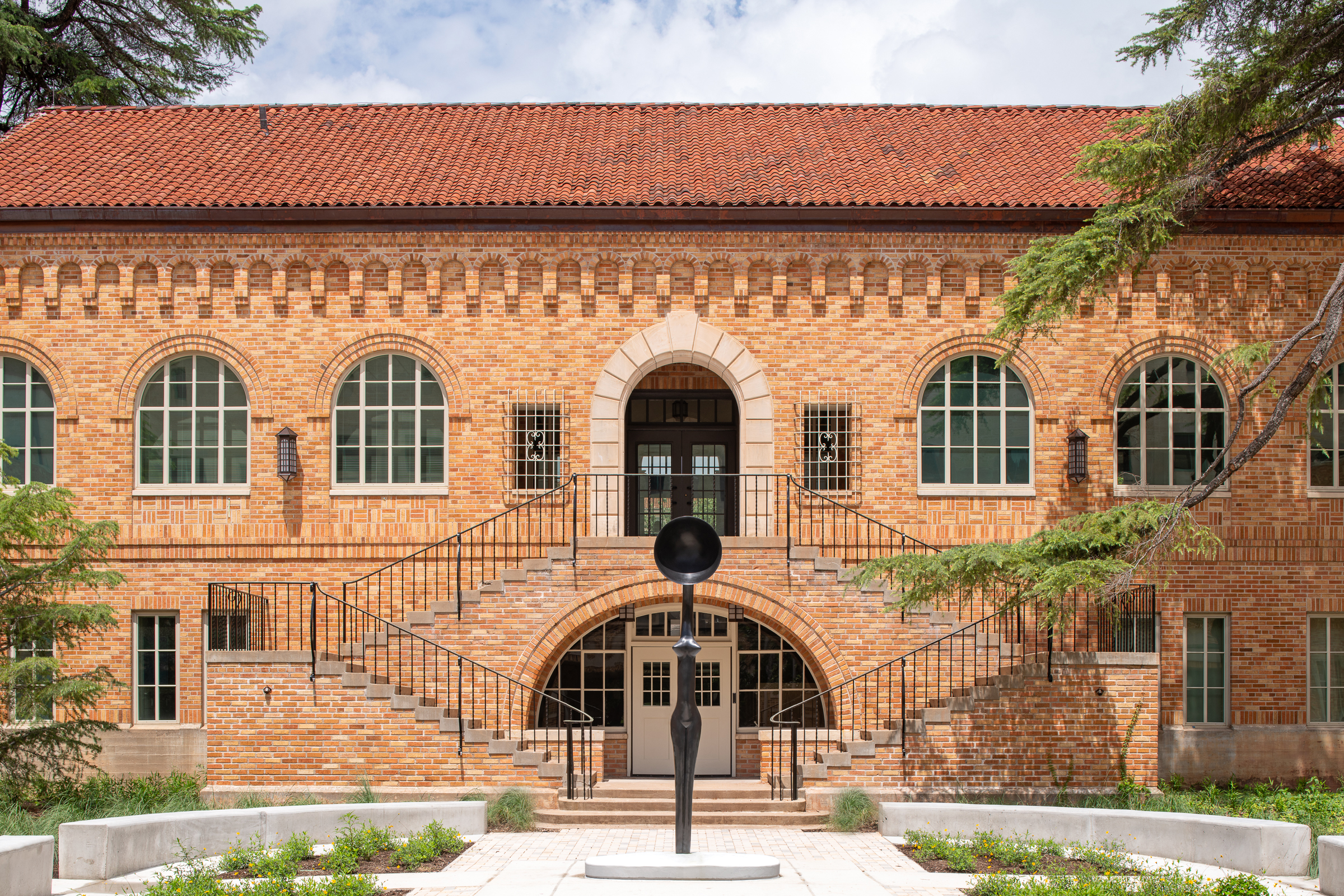 Landmarks received a national CODAaward for its acquisition, Sentinel IV, by internationally recognized artist Simone Leigh. Selected as a merit winner for this year’s awards, the work was purchased by Landmarks for Anna Hiss Gymnasium, the historic women’s gym on campus. Sited in the central courtyard of the space, the 10-foot bronze sculpture stakes radical claim to existence in a moment when Black existence, in particular, is under threat.

Leigh is well known for her works which range from sculpture, video, installation, and performance art and explore representations of Black feminine forms. Currently, Leigh is representing the United States at the 2022 Venice Biennale, where her pavilion, entitled Sovereignty, includes an enlarged variation on the figure of Sentinel IV. Leigh won the Golden Lion, the highest honor for the Biennale, for her exhibition.

Sentinel IV was selected from among 406 entries from 27 countries. CODAaward’s jurors included eighteen distinguished leaders in art, architecture, and design. Criteria included: the integration of a commissioned artwork into a site-specific project; the strength of the collaborative process among the creative teams, commissioners, and industry resources; and the seamless blending of art and design to create a place as art, rather than a place with art.

As a CODAworx merit winner, Sentinel IV will be featured in the November 2022 online issue of Interior Design Magazine and on the CODAworx website.

Learn more about Sentinel IV on the collection page.