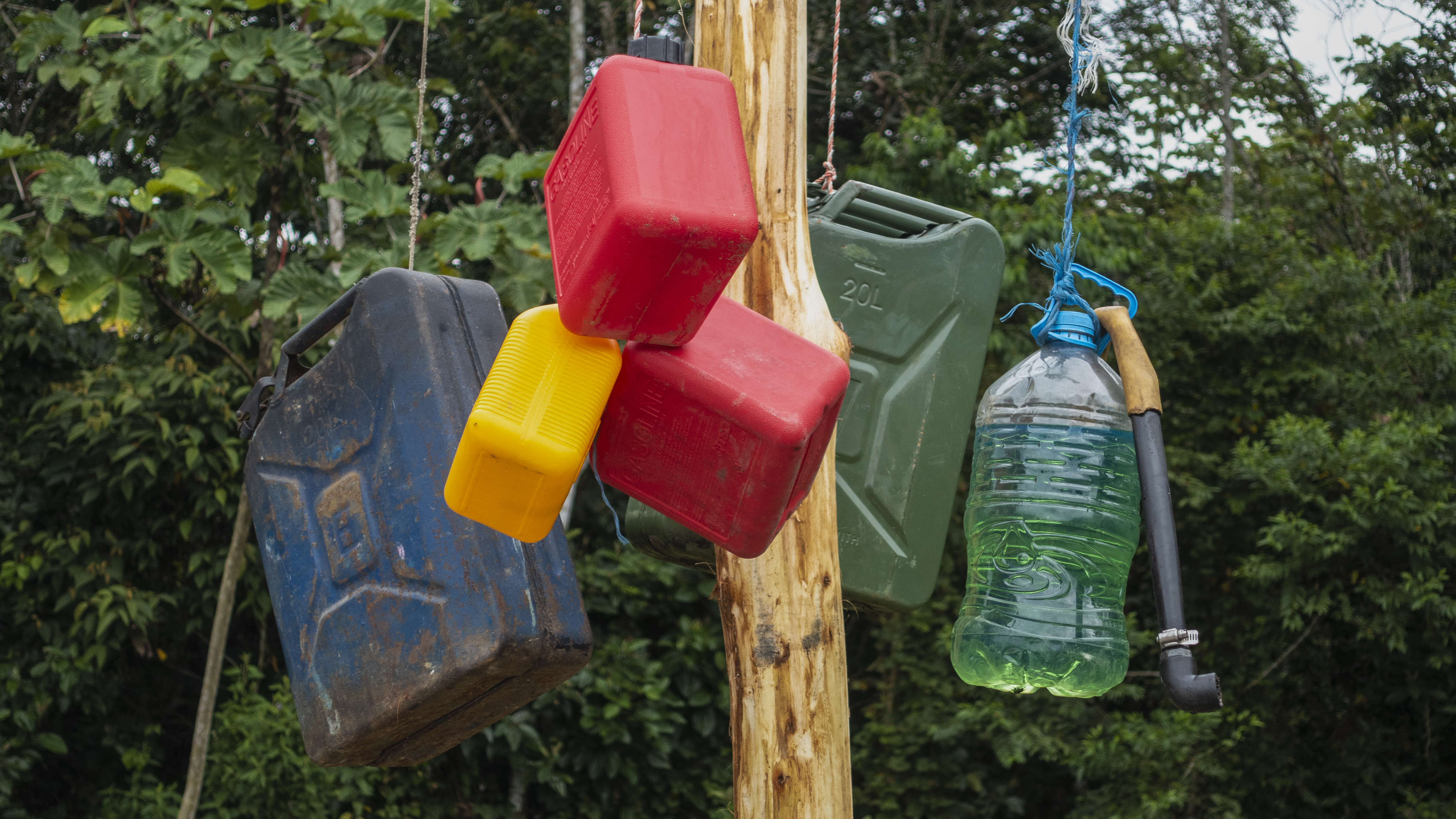 Ecuadorian interdisciplinary artist Adrián Balseca (b. 1989, Quito) left school at the age of fifteen to concentrate on art. Despite his young age, his focus and determination led him to become a member of the art collectives La Selecta-Cultural Cooperative and Tranvía Cero, and he has had solo and group shows across the globe at venues that include Museo Amparo, Puebla, Mexico; Alexander and Bonin, New York; OTR Espacio de Arte, Madrid; Museo de Arte Precolombino Casa del Alabado, Quito; and Centre Européen d'Actions Artistiques Contemporaines, Strasbourg.

In his practice, Balseca performs small interventions and site-specific actions, produces video documentation and photographic series, and constructs sound installations and sculptural objects. Over the past several years, his multifaceted approach to artmaking has focused on investigating relationships between rural and urban areas as well as the tensions between craft practices and industrial production of goods. Balseca has conducted in-depth research on the materials and manufacture of common objects, from latex gloves to automobiles, and his work explores the symbolic meaning of these objects within certain urban, social, and political contexts. As the artist asserts, “Everyday objects like a lightbulb or an iconic car can say a lot about political dynamics…. The history of an object can give us clues about the present.” In particular, tracing the production of these items illuminates the histories, dynamics, and environmental impact of extractive economies.

Earlier works by Balseca focused on oil extraction in Ecuador. For Mar Cerrado [Closed Sea] (2016), Balseca installed a buoy in the Pacific Ocean where the first oil spill in the history of the country took place (Santa Elena, Ancón). The work was a requiem for the sea, commemorating the environmental damages to Ecuador’s waters caused by the constant and continued exploitation of oil. The video Medio Camino [Halfway] (2014) also reflected on Ecuador’s economic dependence on fossil fuels in its documentation of Balseca’s seven-day, 280-plus mile journey from Quito to Cuenca with a 1977 Andino Miura, the first vehicle assembled in Ecuador. He did not drive, but traveled with the truck in tow, after removing its fuel tank, and collaborated with and depended on the assistance of others to reach his destination. Produced during an oil boom and military dictatorship in Ecuador, El Andino represents the failed political and economic promises of fossil fuel extraction and autocratic rule, while Medio Camino champions the solidarity and collectivity of Ecuadorians to survive.

The same year, Balseca’s research went deeper into the past with work that comments on the extraction of Hervea brasiliensis, or the rubber tree, which preceded that of oil. Also known as “rubber fever,” this devastating plundering of the Ecuadorian landscape and exploitation of indigenous communities for the manufacture of tires in the United States and Europe lasted primarily from the late nineteenth and early twentieth centuries. Informed by this research, Balseca executed projects, including The Skin of Labour (2016), Ghost Recorder (2018), and Estela Blanca (2019), which, through prints, videos, and photographs, examine the impact of the extraction of raw materials on the natural world. He critiqued the expansion of these practices and produced counternarratives that celebrate histories and alternate forms of development created by the exploited populations that often are overlooked within extractive economies.

For the 2019 video Suspensión I, Balseca responds to Western notions of modernity and progress fueled by the extraction of natural resources and the accumulation of capital. Suspensión opens with vivid, close shots of dangling multicolored jugs, tubes, and bottles against a glorious blue sky and green trees. The frames are accompanied by an array of sounds—the clang of the jostling containers, calls of animals, and grunts of a struggling child. As the camera pulls back, we see a young girl climbing up the trunk of a balsa tree from which multiple containers holding fossil fuels hang, like a makeshift monument to plastic and petroleum. Eventually the containers are strung outside a home alongside bunches of bananas; however, rather than the fruit that normally hangs from a tree, the balsa now disturbingly yields something new for the child to collect.

In an intensely visual and poetic manner, Balseca’s video alludes to the devastation of the Ecuadorian Amazon region as well as other parts of the world where biodiversity and natural resources have been depleted in the interest of capitalist forces. By suspending the oil dispensers alongside a bounty of fresh produce, Balseca calls attention to the tensions between idyllic views of the forest and the realities of its plundering, suggesting that the abundant natural resources of Amazon have become low hanging fruit. –Kanitra Fletcher