Landmarks’ blog, Latest, features timely updates on new installations, public programs, event announcements, volunteer and internship opportunities, and a range of other initiatives. Learning with Landmarks is a dedicated blog series highlighting the unique and innovative ways that students and other scholars use the collection. To view the entire series, click the button below.

Learning With Landmarks
03 June 2021
From Landmarks to the Met: Ali Wysopal 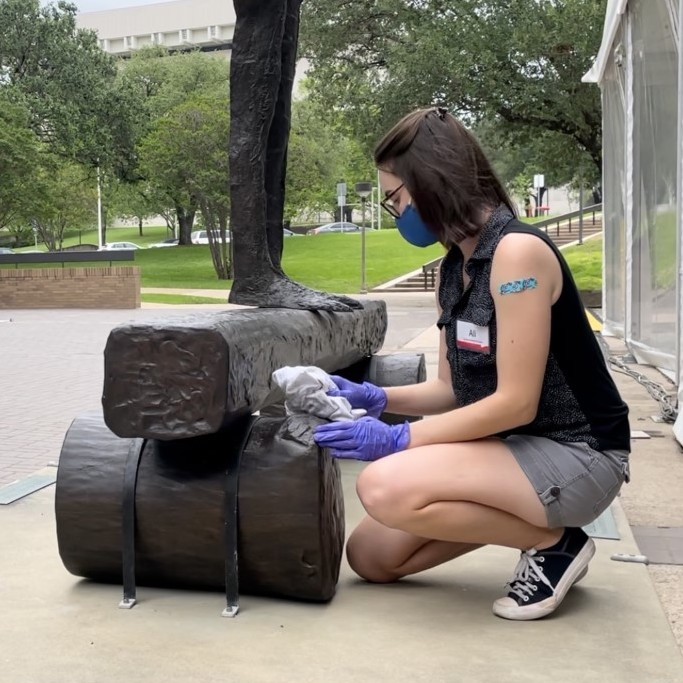 We recently sat down with Ali Wysopal, a Master’s Candidate in Historic Preservation at UT’s School of Architecture and Landmarks’ Collections Assistant for the past two years. Wysopal recently completed her tenure with Landmarks and will soon be headed to New York for a fellowship with the Metropolitan Museum of Art. Our Q & A follows. 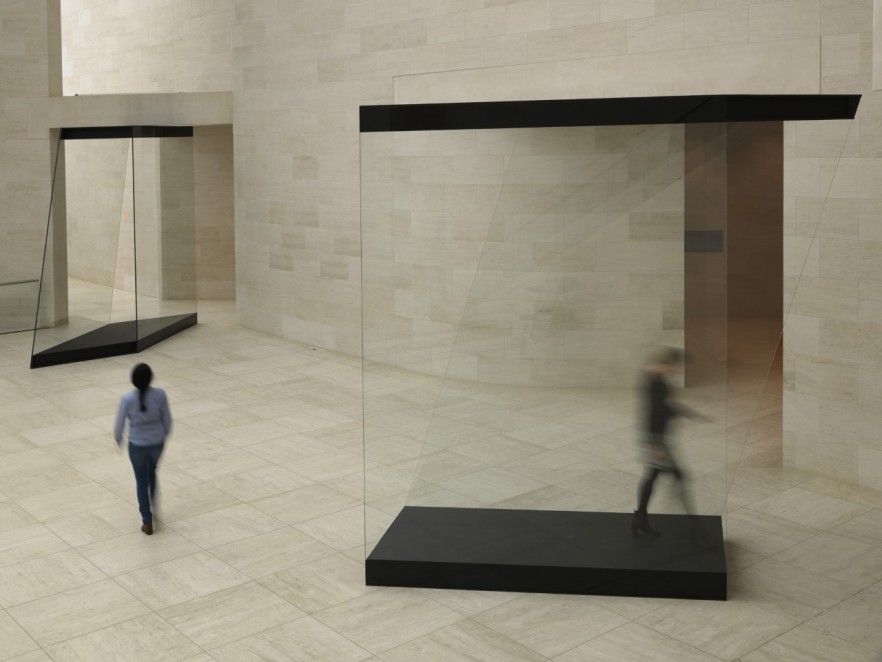 Landmarks announced today a new work by artist Sarah Oppenheimer. Titled C-010106, the commission is among Oppenheimer’s largest works to date and represents the artist’s first public work to be sited entirely outdoors. The installation opens this fall and will be sited at the university’s Cockrell School of Engineering. 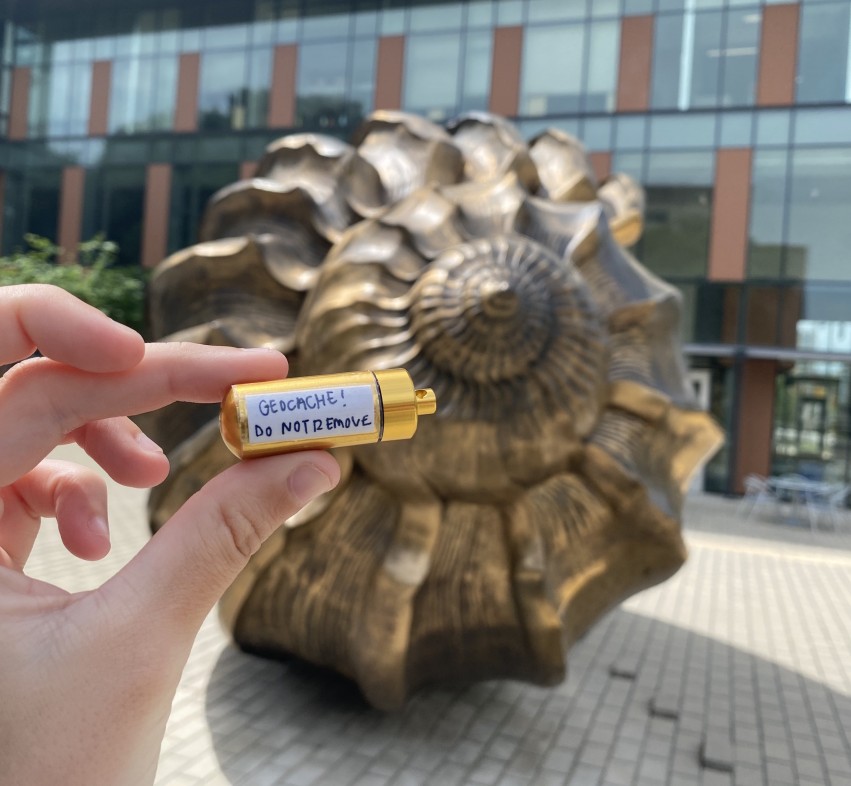 Calling all Geocachers! This month, Landmarks launches a new way to experience select works from our collection--a geocaching adventure. Landmarks’ adventure includes a total of 10 geocaches for you to find, all placed around outdoor works of art in our collection. Find one or ten; it’s up to you! As you move around campus on your search, you’ll also learn about modern and contemporary art by some of the most admired artists of our time. 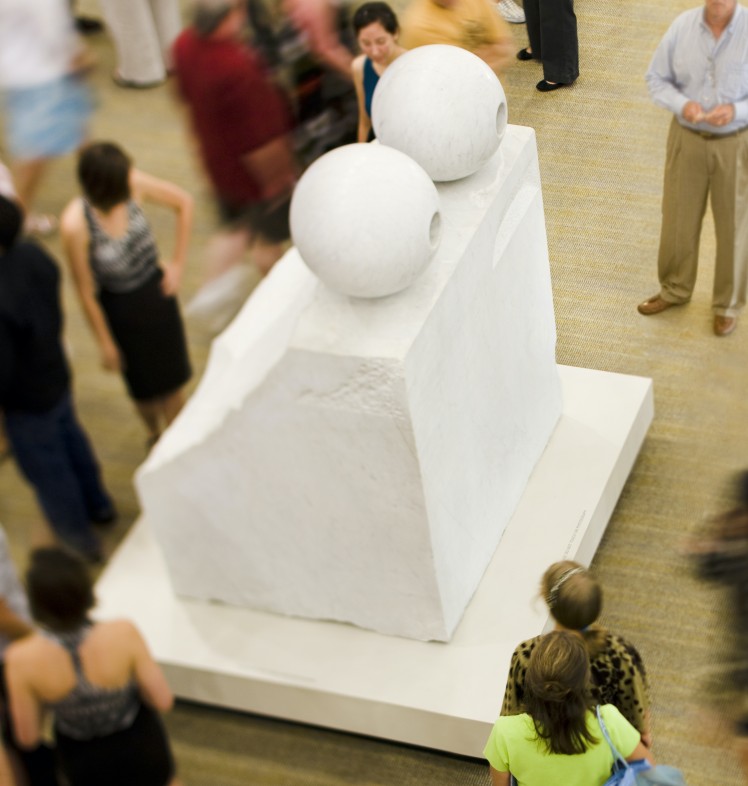 Later this month, Louise Bourgeois’ sculpture, Eyes, will be permanently removed from the atrium of Bass Concert Hall at Texas Performing Arts and returned to the Metropolitan Museum of Art. On view since 2008, Eyes is one of 28 works on long-term loan to Landmarks from the Met, and has greeted more than three million people while at the university. 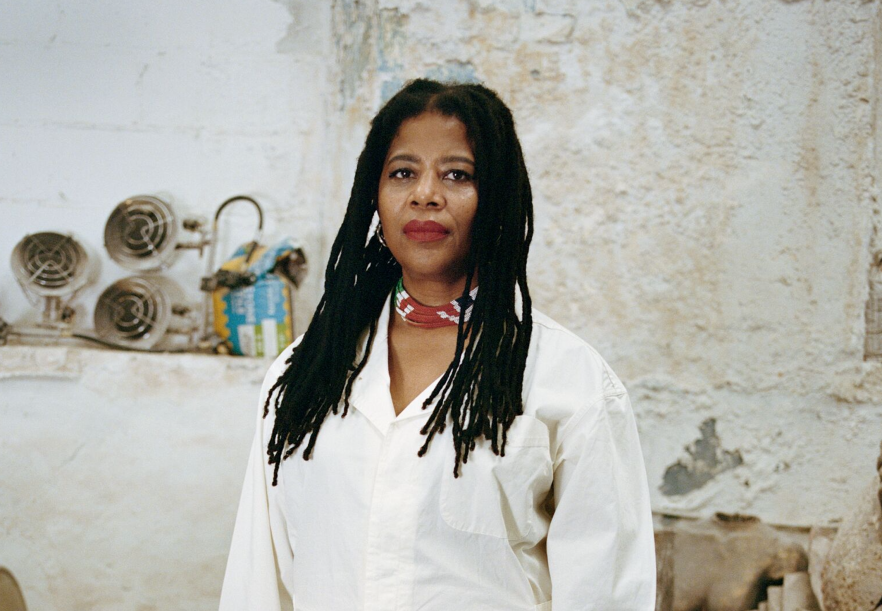 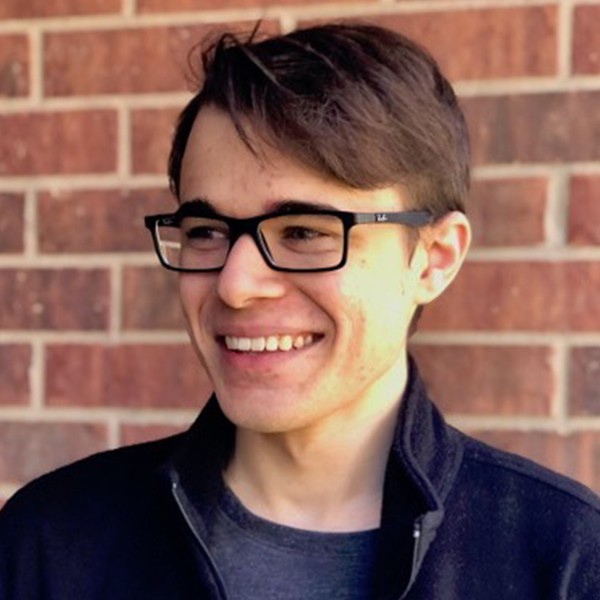 Landmarks recently announced the return of Sound in Sculpture, our annual collaboration with the Butler School of Music and Texas Performing Arts. In advance of the program, we sat down with one of this year’s composers, Thomas Rodriguez. A 3rd year undergraduate student pursuing a Bachelor of Arts in Music and a Minor in Arts Management and Administration, Rodriguez wrote a work inspired by Joel Perlman’s Square Tilt.