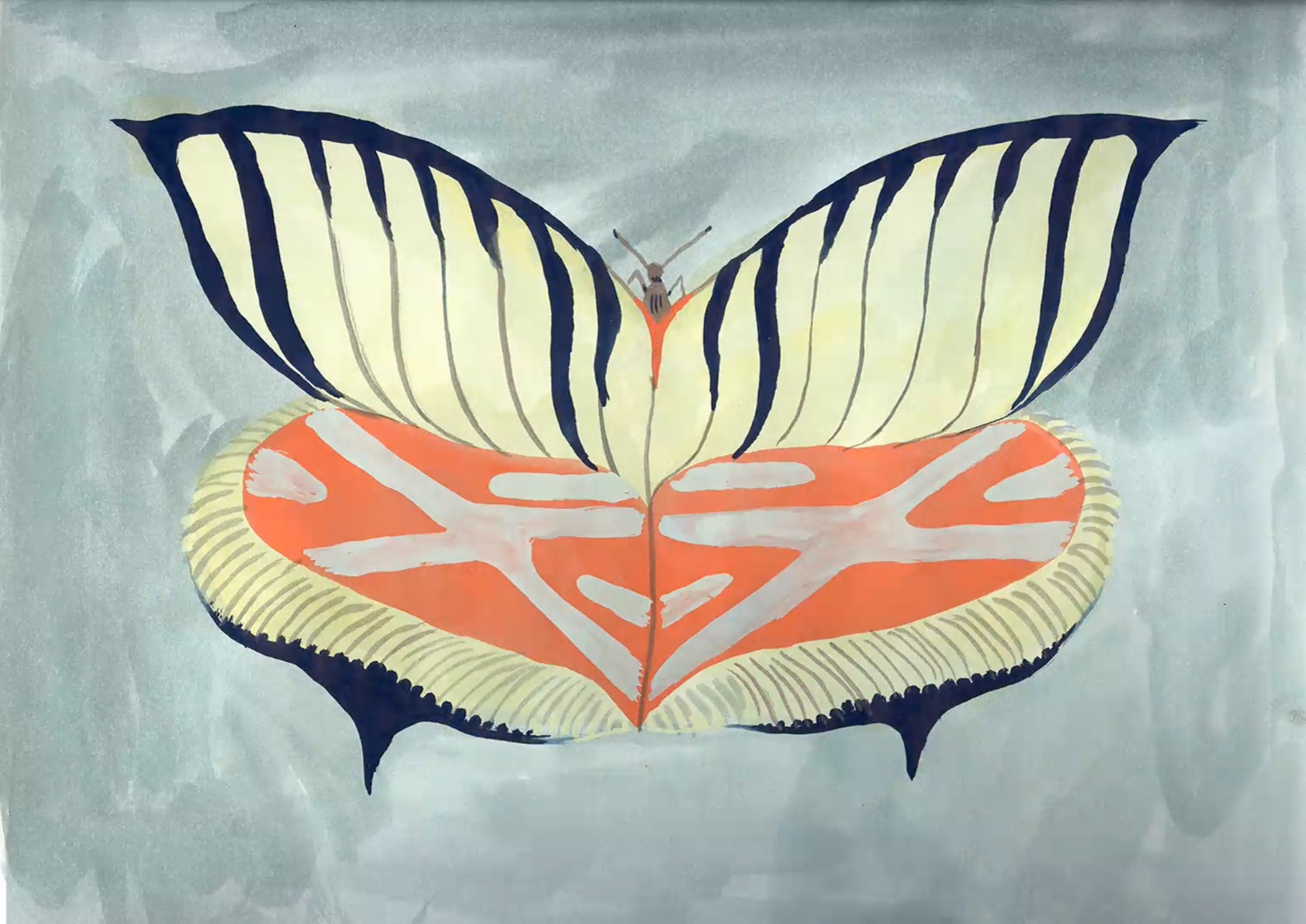 Allison Schulnik’s art mixes, melds, and morphs her fanciful, evocative creations across multiple disciplines. Her body of work involves various forms of expression—primarily animation, painting, and sculpture. Accordingly, when asked how one skill set transfers to another, Schulnik responded, “It’s all really the same to me. I approach it all the same way. Animation just takes a lot longer. It directly influences the painting and sculpture, and vice versa. It’s like a big incestuous blob of art.”

Although the phrase “big incestuous blob” seems derisive, it is nonetheless an apt description, and recalls Schulnik’s impossibly thick, gooey impasto paintings that she spontaneously builds up to sculptural forms. The subjects of her paintings—floral still lifes, hobos, clowns, or seemingly stray and wild animals (cats, foxes, bears, and monkeys)—often become three-dimensional in her textured ceramic sculptures, many of which are made haunting with vacant, hollowed-out eye sockets. These characters come to life in Schulnik’s stop-motion, Claymation videos, such as Mound (2011), a dreamlike “celebration of the moving painting” with puppets of fantastical forms. Pale-colored ghosts, gnomes, and goblins sway, pace, and squirm to the lamentful dirge “It’s Raining Today” by Noel Scott Engel. The figures continually morph. Many mutate from within, while some merge with other creatures to form a mound of writhing faces and limbs.

Music, motion, and mutation also figure prominently in Schulnik’s 2019 stop-motion video Moth. Inspired by a moth hitting the window of her studio and made over the course of fourteen months during her pregnancy, the video combines hundreds of hand-painted gouache-on-paper slides to depict a moth’s mutation into numerous forms described as “wandering through the primal emotions of birth, motherhood, body, nature, metamorphosis, and dance.” Composer Erik Satie’s melancholic Gnossienne No. 1, performed by Nedelle Torrisi, accompanies a series of frames in which the moth flaps its transmuting wings and develops into fleeting but wondrous moments of the moth’s evolution. It flies through the sky touching down to feed on a flower before metamorphosing into a cocooned larva, egg, masked woman, bird, serpent, caterpillar, bat, and even a galloping winged horse. The video closes with the final form of a pulsing elliptical shape reminiscent of a vulva, rounding out Schulnick’s extraordinary distillation of the cycle of life with the grace and alacrity of a moth’s fluttering wings. –Kanitra Fletcher