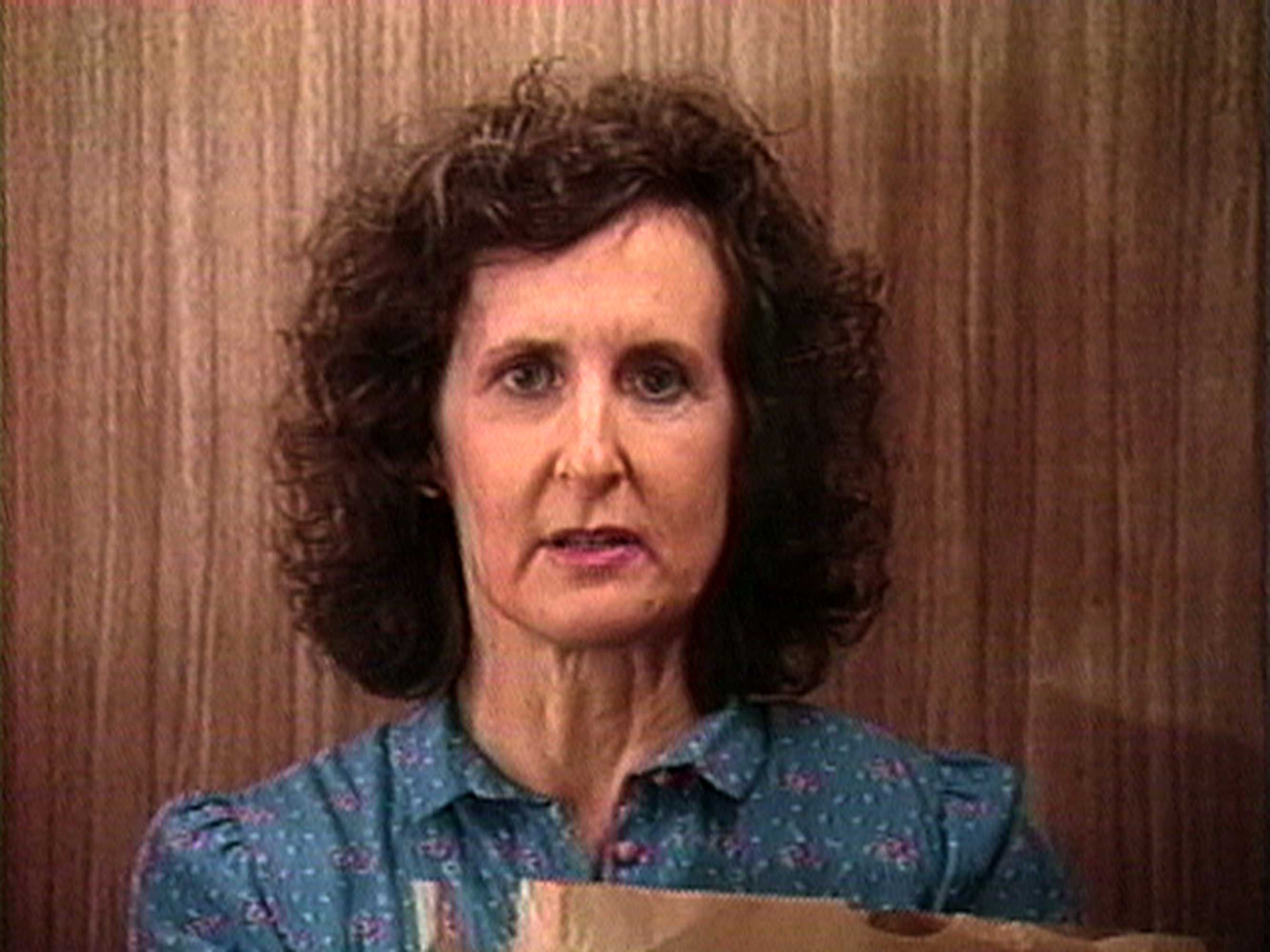 Since the mid-1980s, Burt Barr has exhibited a decisive, straightforward style of art making, but not without humor or experimentation. While he transitioned from single-screen videos to installations and large-scale projections in the mid-1990s, his practice continues to display formally minimal processes and presentations. As David Velasco wrote: “There's not much to see in Burt Barr's videos.”

His succinct imagery can be seen in The Gun (2007), which shows a close-up of a hand holding a gun that shoots blanks at the camera. The Frog (2008) also shows just that—a frog swimming in a pool of water. Nonetheless, Barr’s videos also express subtle, lingering forms of wit. Several of his works are visual puns or sight gags, such as Dolly Shot Twice (2000). In the work, an attractive blonde woman (ostensibly named “Dolly”) is seen slumped over in a vintage Cadillac convertible parked in a wooded area. The scene is captured twice, first by a camera slowly moving to the left from a few yards away—in a “dolly shot”—and then again, but close-up, allowing us to take notice of the two bullet wounds in her head, as the camera slowly pans to the right. Despite the drollness of its title, Dolly Shot’s silence, gradual pace, and black-and-white scheme create an air of foreboding suspense not unlike a scene from a Hitchcock film.

Like a Hollywood film, Dolly Shot, as well as most of Barr’s other works, features a “celebrity.” Photographer Jessica Craig-Martin plays “Dolly.” Throughout Barr’s oeuvre, one finds artists, curators, dancers, singers, and other denizens of the New York art world, most of whom are probably known to many viewers of his work—Klaus Kertess, Clarissa Dalrymple, Teresita Fernandez, Billy Sullivan, Roz LeBlanc, Cecily Brown, Elizabeth Murray, and Barr’s wife, Trisha Brown.

Barr’s connection to the dance world through his dancer-choreographer wife also has led to collaborations with her company, the Trisha Brown Dance Company, and others. For example, the stage production Fanfare (2009) features Jodi Melnick, who composed and performed a dance within Barr’s installation. The work displays Melnick’s fluid, meticulous movements amid a video of an oscillating fan projected onto an actual working fan. As it turns, the fan casts luminescent rings across the interior of the theater and onto the audience.

Dolly Shot also exemplifies Barr’s interest in the various formal devices used in film and video to pace actions and propel narratives. In his take on slow-motion, Slo-Mo (1996), for nine minutes Barr’s camera observes a turtle crouched in the grass. The camera keeps rolling as the animal eventually rises and crawls off-screen. The Long Dissolve (2000) shows an ice cube slowly melting on a plate as the scene also slowly disappears. In these ways, Barr demonstrates how our senses of time and temporality are affected by the various media with which we engage on a regular basis. Further, his employment of various techniques allows us to observe and appreciate minutiae in alternative ways.

In this sense, The Elevator, exemplifies these relations. Two women relay the details of their evening while confined in an elevator, the door of which repeatedly closes, cutting off their speeches in mid-sentence, and opens, prompting the camera to zoom in on the speaker, who has not broken her narrative. Holding a bag of groceries, Trisha Brown begins by telling the story of going to a market to buy coffee. She notes the surroundings of the store and checkout aisle and the behavior of others in the line as well as her journey home on the train, all while the elevator continually interrupts her tale. At certain points, she is substituted by another woman (Wendy Perron), who continues or complements her story and tells us about arriving home to find her husband away and enjoying the silence of having the house to herself.

The constant interruptions of the elevator initially have the effect of making the women’s stories seem interminable. They appear to be housewives stereotypically rambling on about their day to a captive audience within the elevator. However, despite the fast pace and constant distractions of contemporary life, the women also reveal their perceptiveness about (or obsession with) their surroundings, thoughts, and motivations. Thus, their ramblings become absorbing narratives, and the disruption of the door only leaves the viewer wanting more. —Kanitra Fletcher