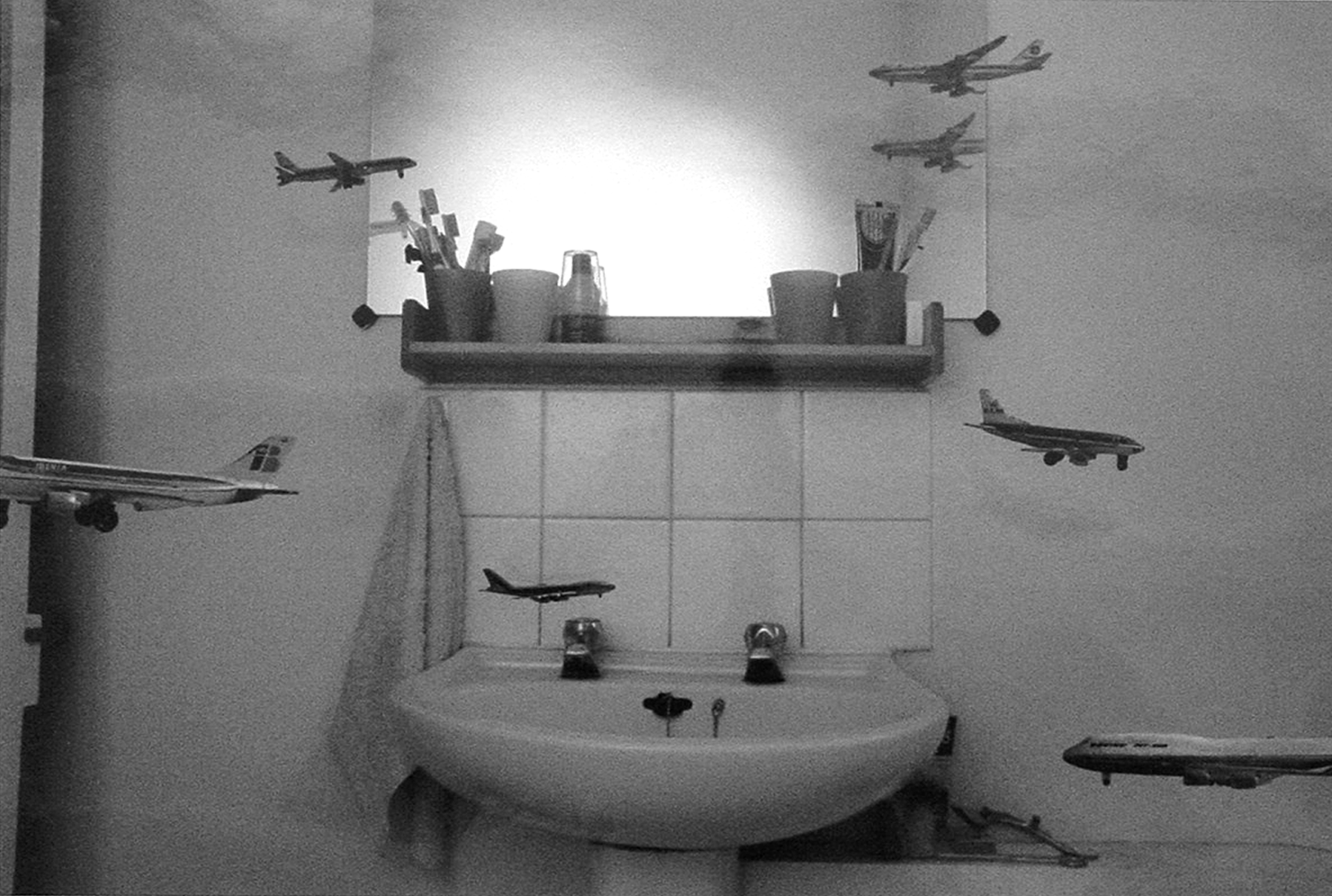 Hiraki Sawa (b. 1977) admits he does not seek to make a big statement with his artwork; however, he does create compelling imagery by drawing on his imagination and childhood memories for works that play with our experiences of time, space, and, especially, movement. The artist received his BA in 2000 from the University of East London and his MFA in sculpture from the Slade School of Fine Art in 2003. His sculptural interests in space and objects pervade his video work, which he took up as a graduate student. Sawa explains, “Since I think of working in video in sculptural terms, I make the video image as I would a tangible object.” Indeed, he experiments with relations of scale between objects and their environment, placing viewers within spaces that are at once familiar and fantastical. Bedrooms, kitchens, and bathrooms become settings for walking kettles, ambling eyeglasses, soaring toy planes, or gliding rocking horses. Although dreamlike, these sequences appear firmly grounded in the realities of domestic spaces, including Sawa’s own residence, as seen in one of his first videos, Dwelling (2003).

Dwelling begins with black-and-white shots of the simple, unadorned rooms of Sawa’s apartment before a series of tiny jets start to fly in and out of these spaces. They lift off from and land on to the bed, sink, carpet, and bathtub, and the number of planes proliferates as time goes on until the apartment is filled with miniature airliners cruising along their intersecting flight paths. Suddenly Sawa’s basic, unspectacular dwelling has improbably become a vast stratosphere in which each room figures as a separate environment. The planes effectively cross borders as they pass through each doorway before finally exiting through a window at the end.

When he was eighteen years old, Sawa left Japan for London to attend art school, and he continues to live in the UK while still considering himself Japanese. Dwelling’s focus on modes of transportation and suggestion of flight in and out of home thus could be viewed as an allusion to his own personal history of migration and dual sense of home as a place both intimate and faraway. For today’s viewers, however, the illusion of journeying within a confined space or the idea of travel within one’s home is particularly relevant during this time of the COVID-19 pandemic, when so many of us are confined to work, eat, and exercise in our residences. Perhaps indulging a stranger, more playful imagination like that of Sawa can help us endure this difficult moment. —Kanitra Fletcher