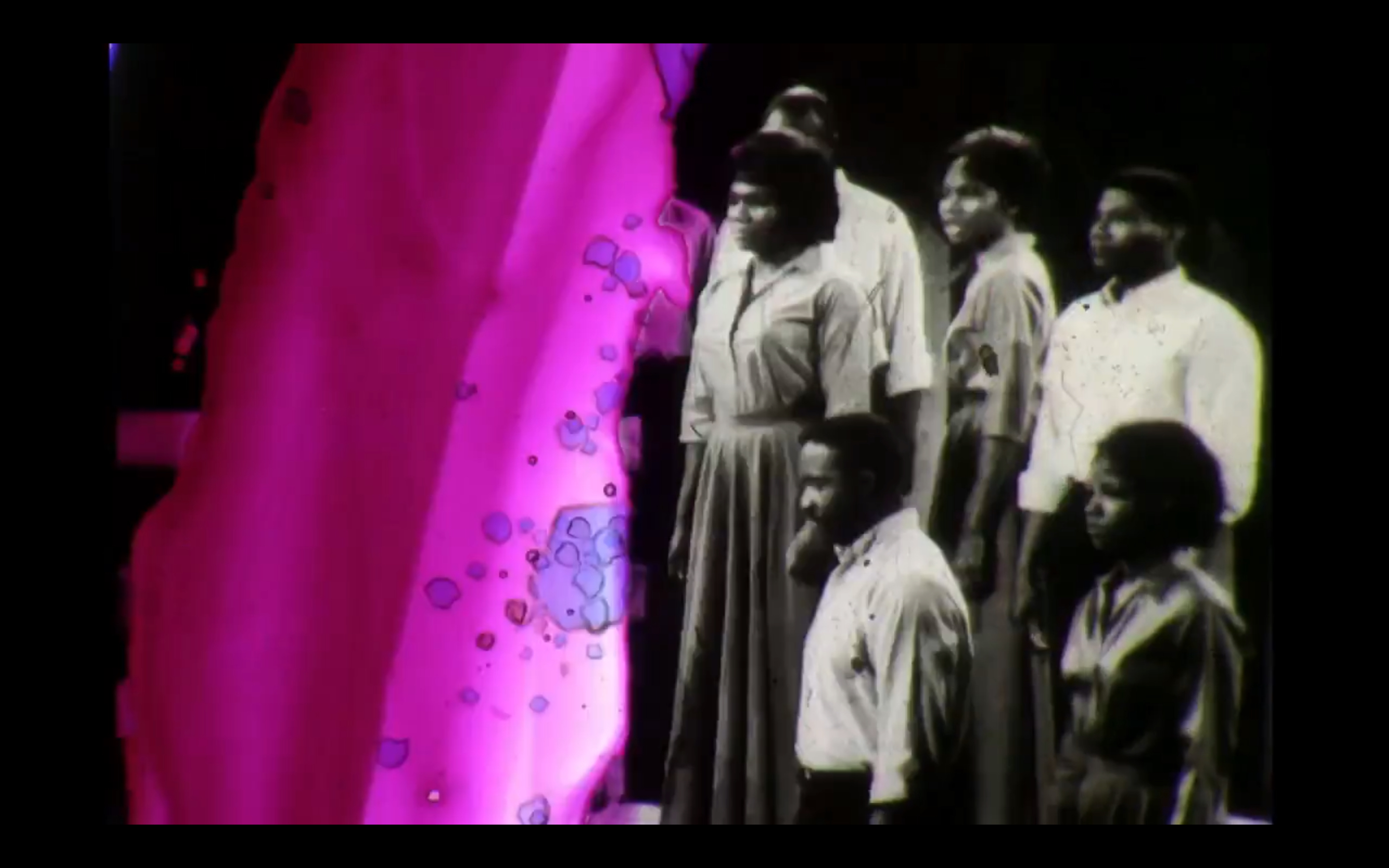 Using experimental techniques in fragmented narratives that continually shift in mood and slip from one visual format to another, Dallas-born and Brooklyn-based filmmaker Ja'Tovia Gary creates evocative, compelling works that retell cultural, political, and personal histories of America as well as convey the urgency of contemporary life.

Born in 1984, Gary was an actress and voice-over artist before studying Documentary Film Production at LV Prasad Academy, Chennai, India, and Brooklyn College, where she earned her BA in 2012. In 2014, she received an MFA in Social Documentary Filmmaking from School of Visual Arts, New York. In 2018-2019, Gary was a Radcliffe Fellow at Harvard University. She has had solo exhibitions at Boston University Art Galleries, UC Santa Barbara Museum of Architecture and Design, and Atlanta Contemporary, Atlanta, Georgia. Her work was included in group exhibitions at the Smithsonian National Museum of African American History & Culture, Washington, DC; Whitney Museum of American Art, New York; MIT List Visual Arts Center, Cambridge, Massachusetts; Brooklyn Museum of Art; UCLA Hammer Museum, Los Angeles; and Museum of Contemporary Art, Los Angeles. Gary is a member of the New Negress Film Society, a collective formed to support and feature the filmmaking of black women.

Currently, Gary is directing her debut feature-length documentary, The Evidence of Things Not Seen, which she says is, “a portrait of one woman’s effort to transcend the trauma of her history.”

The project began as a biographical film on her mother, but interviews with her parents, grandmother, siblings, friends, and former lovers turned Evidenceinto an examination of Gary’s entire family lineage, which she ultimately views as “a composite portrait of myself.”

Previous projects include Giverny I (Négresse Impériale)(2017), made during her 2016 Terra Foundation Summer Residency in Giverny, France. Shot on location in Claude Monet’s garden, the tension of the video results from Gary’s juxtapositions and integrations of contrasting footage. The artist intermittently appears in views of a lush, pastoral landscape with overflowing vegetation, vibrant flowers, and lily pads that share time with excerpts of the video shot by Diamond Reynolds immediately after her boyfriend Philando Castile was killed by a white police officer in Minnesota on July 6, 2016. Along with footage of Monet painting in his garden and a speech by the slain Black Panther Party leader Fred Hampton, the two contrasting views of black women in disparate circumstances of pleasure and pain speak to what Gary refers to as “the precarious nature of Black women’s bodily integrity, the ethics of care as resistance work, and how class position shapes the contours of violence.”

The filming techniques of Givernyinclude superimpositions, “glitches,” and other distortions to combine the various footage. They call attention to Gary’s manipulation of media and also appear inAn Ecstatic Experience, which Gary refers to as “an experimental montage of historical and contemporary archival footage and a meditation on transcendence as a means of resistance.” The video begins with archival documentary footage of black churchgoers, who sit in pews fanning themselves as they observe the gesticulating, impassioned preacher. The shots of the congregation are combined with vibrant abstractions of warped celluloid and accompanied by Alice Coltrane’s harp in the hypnotic track “Satchidananda.”

These scenes give way to a close-up shot of actress Ruby Dee. Also in black-and-white, the clip shows her narrating the story of former slave Fannie Moore in a segment from the 1965 miniseries The History of the Negro People. Gary crops, zooms in and out, and multiplies the view of Dee’s face. The artist also decorated the frame with white hand-drawn effects—animated drawings of boxes, stripes, waves, and grids pulsate and flicker around Dee’s visage and intensify as the character cries out, “I’m free! I’m free!”

Like the shots of celluloid in the previous segment, these flickering marks call attention to the tactile, physical nature of film and the ways in which its assemblage influences viewers’ understanding of time, narratives, and histories. Gary explains, “It’s interesting to me to meld these vintage, earlier techniques of handmade filmmaking, cameraless filmmaking, with the digital… A lot of my work is interested in traversing temporal spaces — crossing time, contracting time — whether that’s via subject matter or technique.”

An Ecstatic Experiencethen cuts to an interview of Assata Shakur explaining her “planned…clean escape” before we return to the miniseries. The performers on stage with Dee elegiacally sing “Battle Hymn of the Republic,” and the video jumps between this scene, psychedelic animations of celluloid, and footage of violent protests in Baltimore, Maryland, and Ferguson, Missouri, in the wake of killings of black Americans by police officers.

The layered, open-ended nature of the imagery draws connections from seemingly disparate moments of reality and performance, the past and the present. In particular, Gary suggests these different episodes convey a sense of the ecstatic. As a response to state sanctioned violence, she began “to think on the notion of ecstasy and what it means to search for 'an ecstatic experience' during this contemporary political moment.” The video thus conveys how, in the face of oppression, black Americans have found this overwhelming feeling in various forms of resistance via religion, freedom, escape, and even rebellion. —Kanitra Fletcher