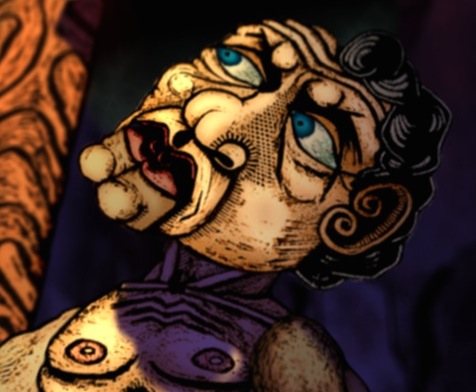 While growing up on a farm in rural Kentucky, Jay Bolotin immersed himself in music and storytelling and made sculptures from fallen trees. Later he studied art at the Rhode Island School of Design and became an apprentice to the late sculptor Robert Lamb. However concentrated his study of fine art, he never abandoned his interest in literature, especially biblical stories and those by the Grimm Brothers and William Blake, all of which have inspired his art. During the 1970s, Bolotin also pursued his love of music while working as a country western songwriter in Nashville. An accomplished musician, he has worked and performed with artists who include Merle Haggard, Dan Fogelberg, Kris Kristofferson, and Porter Wagoner, and continues to perform regularly in the United States and abroad.

In the early 1980s, Bolotin began making prints. He uses a variety of media to produce those works, but the directness of woodcut appeals to him most. It remains a constant in his practice, which involves the development of complex, ambiguous dramas that feature an array of recurring characters. Bolotin also expands his imagery into performance-based works, including films, plays, and operas. The realization of those productions can take several years; however, their elaborate and meticulous nature prove to be worth the wait.

For two decades before creating Limbus: A Mechanical Opera (2001), Bolotin carried a news clipping in his wallet that told the story of a boulder dislodging and rolling into a house, instantly killing the family inside. Haunted by the tale, Bolotin produced woodblock prints of the event, working them into a story that became Limbus. Complete with performers and giant mechanical sculptures, the opera premiered at the Opera Theater of Pittsburgh in 2001 under the direction of world-renowned director Jonathan Eaton.

In 2013 Bolotin unveiled the twenty-two-minute film Kharmen. Loosely based on Bizet’s 1875 opera Carmen, Bolotin’s interpretation is a dark, surreal digital animation of his graphite drawings. Considered “both postmodern and steampunk,” Kharmen incorporates an old 78-rpm recording of Carmen made by the RCA Victor Orchestra that Bolotin sampled as it played on a Victrola and Wax Cylinder Machine. The film also features the character Mr. Sousaphone Man, “a former vaudeville actor turned wilderness guide.” The man makes a long, dangerous trek through a gray urban landscape, anxious to get home and listen to his favorite aria from Carmen. When he finally arrives and plays the music, rather than merely listening to the aria, he effectively pervades it and finds himself onstage in the opera.

Preceding Kharmen was The Jackleg Testament Part I: The Story of Jack & Eve (2007), winner of Best Animation award at the 2007 Santa Fe Film Festival. The hour-long film is based on a narrative Bolotin created in a portfolio of forty woodcuts that he digitally photographed then animated using motion graphics software. He later set the digital woodcut film, the first of its kind, to an original score, an operatic soundtrack with a folk music feel.

Also unique is Bolotin’s reinterpretation of the biblical tale of Adam and Eve. He explained: “I always found the story strange because I never understood what Eve did wrong.” As its prequel, The Jackleg Testament takes viewers back to a time at which Eve is lured from the Garden of Eden by a jack-in-the-box. Supplied with a violin, she and Jack perform an “act of creation” in Paris. As onlookers assault them with fruits and vegetables, Eve catches an apple that reminds her to return to Eden where Genesis begins.

Besides religious scripture, the film alludes to various art historical traditions, including German Expressionism, American folk art, Northern Renaissance prints, and medieval religious imagery—themes that will continue with The Jackleg Testament Part II: The Book of Only Enoch. Still in production and partly inspired by the Old Testament Pseudepigrapha (books of the Old Testament not included in the accepted version of the text), the forthcoming film will feature a character from one of the books named Enoch, “who went to Heaven and lived to tell the tale.” Bolotin reimagines his figure as “Only Enoch,” the son of the only Jewish coal miner in Kentucky, who likely will tell an even more intriguing tale than the one that inspired him. —Kanitra Fletcher