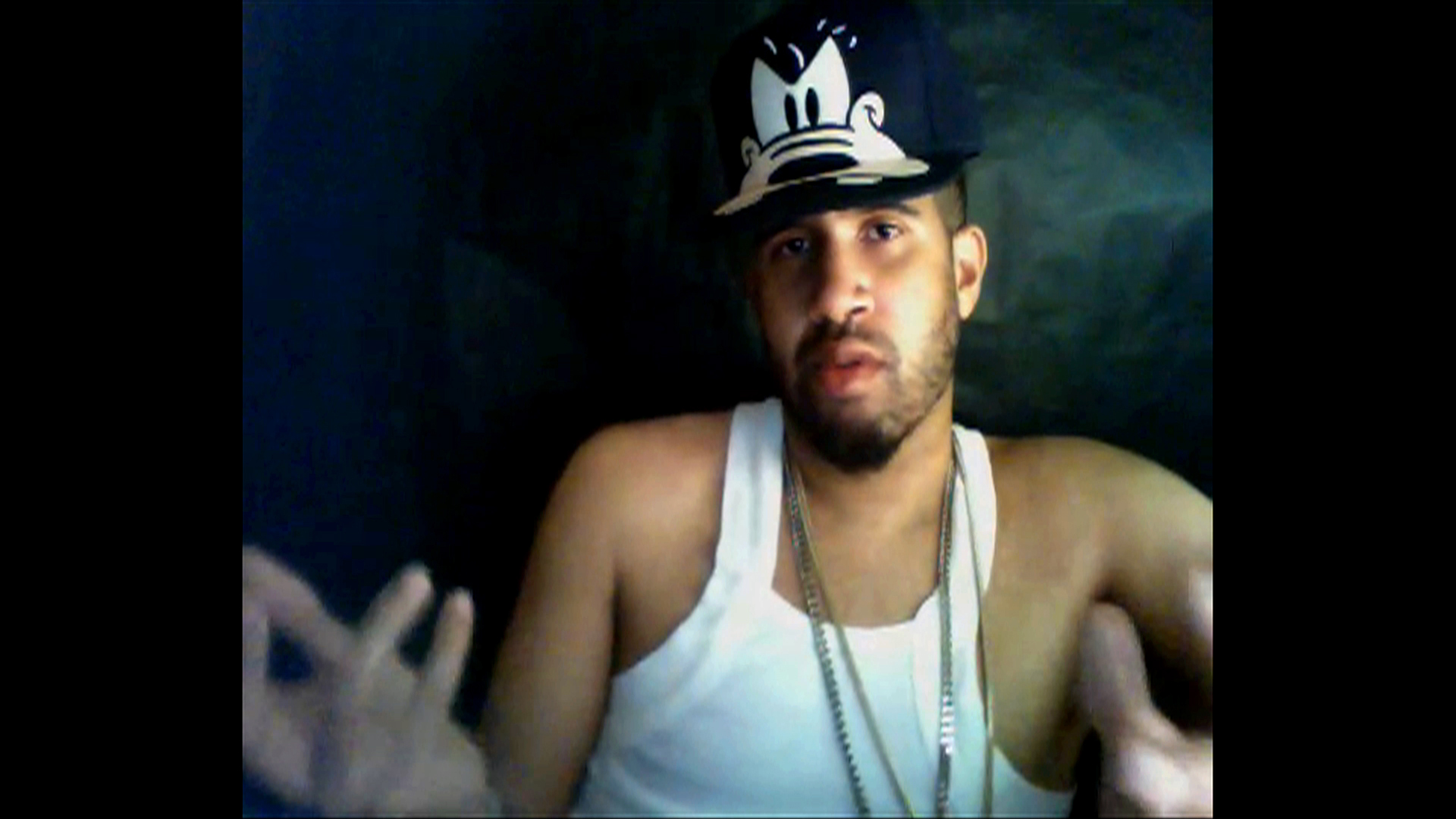 In addition to videos, Musson also produces paintings and cartoonlike drawings that employ humor to navigate serious issues like politics, race, and sex. A series of gouaches, for instance, features flat, curvilinear red or black figures akin to Matisse’s cutouts. These elegant forms, however, often are engaged in types of combat and conflict, including Odalisque’s Refusal (2017), which shows the reclining female kicking another figure off of her.

In his videos, Musson plays host Hennessy Youngman, who Art in America described as “Ali G with an M.F.A.” His speech parodies a hip-hop personality, and he wears flat-brimmed caps adorned with cartoon characters and ostentatious, yet imitation, custom gold chains, hence the first name Hennessy, the brand of cognac famously preferred by rappers. Musson derived the surname Youngman from that of the Borscht-belt stand-up comedian Henny Youngman. Accordingly, the videos employ humor with hip-hop slang to break down the linguistic barriers of the art world or provide guidance on how to navigate and succeed in it.

For example, in ART THOUGHTZ: The Studio Visit (2012), Youngman recommends setting up “an uncomfortable power dynamic for your visitors” by hanging a poster of Louis Farrakhan, blowing up a jpeg of dead people laying in the grass at Jonestown, or leaving a copy of Mein Kampf out in the open “because crazy sells.” In ART THOUGHTZ: How To Be A Successful Artist (2011), Youngman gives instructive pointers, such as “be white” and “be a white male.” Such instructions speak to the underlying bias that is prevalent in arts institutions and is further transmitted through the jargon used by artists, critics, and curators. Thus, in several of Musson’s ART THOUGHTZ videos, he explains a particular term that is part of the exclusionary form of discourse that has been used to marginalize certain groups, principally women and people of color.

In ART THOUGHTZ: Institutional Critique (2011), he critiques institutions by listing “the top five institutions worldwide.” They include Rikers Island, ADX Supermax Prison, Abu Ghraib, Auschwitz, and, finally, the Transatlantic Slave Trade. Musson therefore uses his art to home in on the dangers and real-world consequences of the practices of institutions other than museums or galleries, but in his typical droll manner. Similarly scathing is ART THOUGHTZ: Relational Aesthetics (2011), in which Youngman sums up relational aesthetics as “when somebody with an MFA wants to meet new people.”

Musson would continue to pull back the curtain on terms and exposes the often banal realities behind them in the series. ART THOUGHTZ: How to Make an Art (2011), for instance, features Youngman counseling the viewer by saying the easiest way to make an art(work) is to take an everyday object and make it useless, thereby highlighting the basic absurdity of the readymade.

“Hennessy comes out of a specific reaction to graduate school and the academic, fine-art world that I was exposed to at school,” said Mr. Musson, who received a BFA in photography from the University of the Arts in Philadelphia and an MFA in painting from the University of Pennsylvania. His faux-outsider character makes insightful jabs intended to challenge the art world’s pretensions and inaccessibility that start partly from “a place of anger,” though, Musson adds, “the relationship between anger and laughter are very, very close.” —Kanitra Fletcher