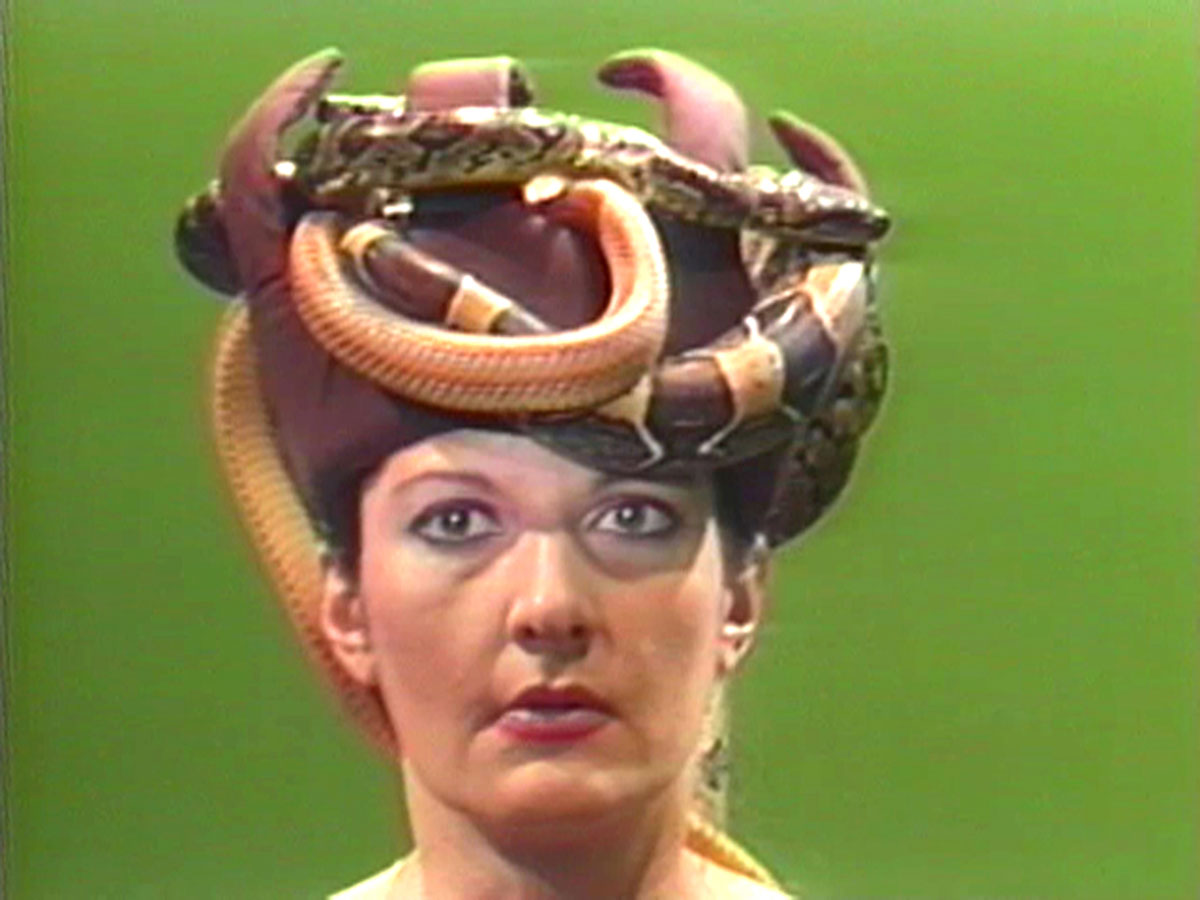 Considered by many to be the “grandmother of performance art,” Marina Abramović has created some of the most historic works of body and performance art of the past four decades. She has explored the limits of extreme risk, pain, danger, and endurance, and pushed the boundaries of self-discovery for her audience. She also has created videos, sculptures, installations, and photographs that draw from her personal history and recent, contemporary events, such as wars and other conflicts around the world.

Born under Communist rule in 1946 in Belgrade, Yugoslavia, Abramović grew up in a strict household, where she lived until she was twenty-nine years old. She attended the Academy of Fine Arts in Belgrade (1965–70) and the Academy of Fine Arts in Zagreb, Yugoslavia (1970–72), and began her provocative “Rhythm” series of performances the following year. In small studios and alternative spaces, Abramović rebelliously performed routines that put her in great danger but ended by 10 P.M., the curfew imposed by her mother. Although Abramović was hardly aware of it, these works related to those of other artists of her generation who were working in other parts of the world. That is, she avoided paint, canvas, and other traditional, object-based materials and used her own body as her medium in order to reduce the distance between artist and audience. Abramović’s work, like much of late 1960s/early 1970s performance art, also took on a ritualistic form with her body often put through almost sacrificial or religious rites.

For a 1973 piece called Rhythm 10, she splayed her hand on the floor and rapidly stabbed the spaces between her fingers with one of ten knives, changing knives each time she cut herself. Abramović tape-recorded the action and, after using all of the knives, played the recording back and repeated the performance as recorded on the bloody floor. Rhythm 0 (1974) involved her standing before an audience and inviting them to use a range of 72 objects—including a feather, pen, book, saw, honey, gun, bullet, paint, whip, coat, and scissors—on her body in any way they desired. Abramović stood in the gallery for six hours without resistance. While most responses were nonthreatening, some were not, and fights broke out between audience members who wanted to attack or protect her.

Abramović displayed her own inner turmoil in her first video piece, Art Must Be Beautiful, Artists Must Be Beautiful (1975). For an hour, she violently brushed and combed her hair and face while reciting the titular title of the piece. The same year, she produced Thomas Lips, for which she cut a star into her stomach with a razor blade, whipped herself, and laid on a block of ice for half an hour before being carried away by audience members, who could no longer stand the situation.

In 1976, Abramović traveled to Amsterdam where she met Ulay (F. Uwe Laysiepen), who would become her partner in art and life for the next twelve years. Their rigorous collaboration is highlighted by “Relation Work,” a series of performances that were challenging for both the artists and their audiences and explored themes of masculinity and femininity, energy and endurance, and harmony and aggression. The couple stood naked and motionless in the frame of a museum doorway, forcing visitors to squeeze between them (Imponderabilia, 1977); alternately slapped each other’s faces (Light/Dark, 1977); screamed into each other’s open mouths until they became hoarse (AAA-AAA, 1978); and repeatedly ran at high speed and collided into each other for an hour (Relation in Space, 1976).

After several years of tension, the couple planned their final collaboration, The Great Wall Walk (The Lovers) (1988). Starting at opposite ends of the Great Wall of China, they walked toward each other over a period of ninety days. Upon meeting in the middle, they said goodbye to one another and Abramović returned to solo performance projects, including Balkan Baroque (1997), a four-day-long performance at the Venice Biennale in which she sat in a hot basement on a pile of bloody cow bones. She cleaned the bones while crying and singing in response to the war and carnage in Yugoslavia.

In 2005, Abramović also performed “Seven Easy Pieces” at the Guggenheim Museum. In the span of a week, she premiered a new performance and re-created one of her early works as well as those by Joseph Beuys, Bruce Nauman, Vito Acconci, Gina Pane, and VALIE EXPORT. Abramović selected pieces she admired, but had never witnessed personally and for which little documentation exists. After receiving permission from each artist or estate to redo their work, Abramović used Seven Easy Pieces to examine the possibility of redoing and preserving performance, an inherently ephemeral art form.

That aim led to her seminal exhibition, The Artist is Present, at the Museum of Modern Art, New York, in 2010. For this grand undertaking, she hired several performers who reenacted some of her past performances every day in the museum galleries. The exhibition contained approximately fifty works in a range of media, including the first live re-performances of solo and collaborative pieces originally performed with Ulay. In addition, Abramović debuted a new, original work that became the longest single solo piece she had ever performed. She sat motionless for at least eight hours per day over three months, engaging in silent eye contact with hundreds of strangers one by one.

In recent years, Abramović has established the Marina Abramović Institute (MAI) in Hudson, New York. MAI is an interdisciplinary center that “explores, supports, and presents performance.” In particular, the institute is dedicated to the presentation and preservation of long durational work. It is also home to the Abramović Method, a series of exercises designed by the artist to explore the limits of the body and mind. MAI will serve as the legacy of Abramović’s long and enormously successful career. Despite the break up with Ulay, her solo career has thrived, and the video SSS (1989), made the year after the couple separated, marked its renewal.

Directed by Charles Atlas, SSS is a performance of identity outlined by personal history. It begins with Abramović dressed conservatively in a dark skirt suit, standing in front of a non-descript office building. While slowly descending steps, she recounts memories of her past in Yugoslavia from 1946, the year of her birth, to 1970, the year she began making body art, “taking risks... [and] taking positions.” This scene is intercut with ritualistic scenes of her harshly scrubbing her feet and as a Medusa-like figure wearing a turban wrapped with live snakes. Tragic operatic music plays in the background as she continues her monologue with phrases that recall The Great Wall Walk with Ulay. The video ends with the phrase, “Time past, Time present,” suggesting the intersection and interdependence of identity, biography, and performance, the boundaries of which Abramović has blurred throughout her career. — Kanitra Fletcher