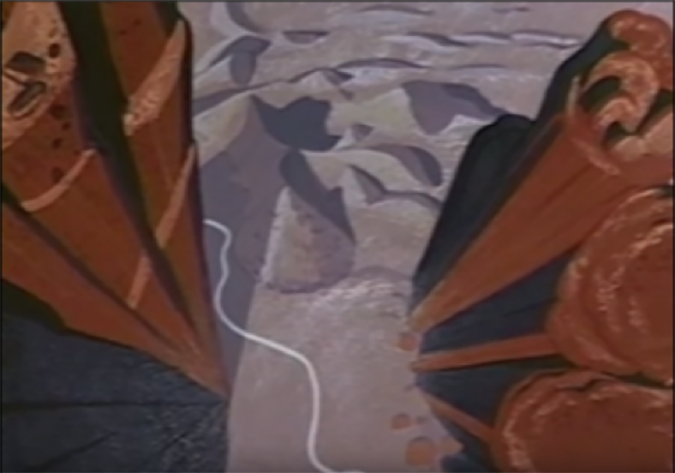 Mungo Thomson has quoted artist Charles Ray, saying the obvious things are the most easily overlooked and the most enigmatic. Accordingly, Thomson’s works in sound, film, sculpture, and photography often focus on moments of paradox and provocation hiding in plain sight among ordinary objects and consumer goods of daily life. He asks us to question what we take for granted or fail to notice, particularly in the ways he embraces context. That is, Thomson addresses backgrounds more than foregrounds, absence more than presence, and in doing so, draws attention to overlooked aspects of nature, culture, and institutions.

Thomson’s interest in everyday items is playfully demonstrated in his 2008 work Coat Check Chimes. Made for the Whitney Biennial exhibition of the same year, the piece existed outside of the gallery spaces of the exhibition and could be found literally in the coat check area. Thomson replaced the museum’s coat check hangers with fully operational, tuned instruments. Rather than, or besides, being a utilitarian ordinary space, the coat check became a musical arena with a chorus sounding out each time the clerk hung or retrieved a coat, making what usually is a rote exchange a charming, wondrous experience.

In 2013, Thomson produced a more ambitious musical score that, while orchestrated, was based on random notes, specifically, the sound of crickets. For Crickets, a seventeen-player ensemble simulated the sounds of field recordings of crickets from around the world. Thomson also included “solos” of individual performers impersonating the chirps of crickets that played on iPods placed inside hanging handmade cricket cages. Ironically, the sound of crickets typically is understood as silence, something so ubiquitous, we rarely notice it, or something that suggests a lack of response, when there is no applause from an audience. Thomson instead foregrounded these noises that serve as a backdrop in our daily lives, and wittily turned the sign of a failed performance into the performance itself.

Thomson generated other works by random or chance operations. A series titled Compositions from 2015 consists of digital embroidered images of flung playing cards. Likewise, the Pocket Universe series from 2016 is monoprints made by running scattered pocket change through a lithography press to create reliefs that resemble constellations of planets. Fleeting moments are frozen in time, as Thomson paradoxically replicates unique, singular occurrences in both series.

Most recently, Thomson has produced a series of Wall Calendar lightboxes (2019). Monumentally sized calendar pages, they are backlit so that recto and verso merge. Viewers become immersed in grids of months that overlap imagery of majestic mountainscapes. Thus, Thomson’s Wall Calendars construct fascinating dichotomies, as things typically separated now collide together through light—two separate sides of a page; images of measured, humanmade time with those of geological time; and symbols of the Kantian sublime with ordered, modernist grids. Grand philosophical themes of time, place, and aesthetics become literally illuminated through the anodyne stock photography of the ubiquitous wall calendar.

A much earlier work, The American Desert (for Chuck Jones) (2002), perhaps is Thomson’s most explicit use of background and absence, which functions as a way to call attention to both notions and realities of the American West. For many viewers, the Road Runner cartoons were their first encounter with the Western landscape, and popular culture continues to celebrate the region as an enduring symbol of freedom. Thomson slyly addresses this tradition, working chronologically through all the episodes produced by the legendary Warner Bros. animator Chuck Jones between 1949 and 1964 to digitally erase the characters Wile E. Coyote and Road Runner from all the frames. As a result, the cartoon sequences no longer emphasize the familiar slapstick chases, but instead the desolate Western landscape.

Thomson has stated that he wished to focus the viewers’ attention on “the role of the desert in the cultural imagination as a sort of pure and indomitable wasteland beyond civilization.” Jones’s imagery captures this sense of mythmaking in panoramas that are not modeled on an actual place. They instead are a romantic composite of landscapes in Utah, Arizona, and California. The absence of figures, however, makes even more apparent how industry has shaped the topography of the West. Telephone lines dissect vast vistas; a paved road is juxtaposed with a flat blue sky; and road signs, speeding trains, and the rush of spillways disrupt the serenity of the desert. While Wile E. Coyote and Road Runner are no longer visible, viewers follow their antic path and see the American landscape with new eyes. —Kanitra Fletche