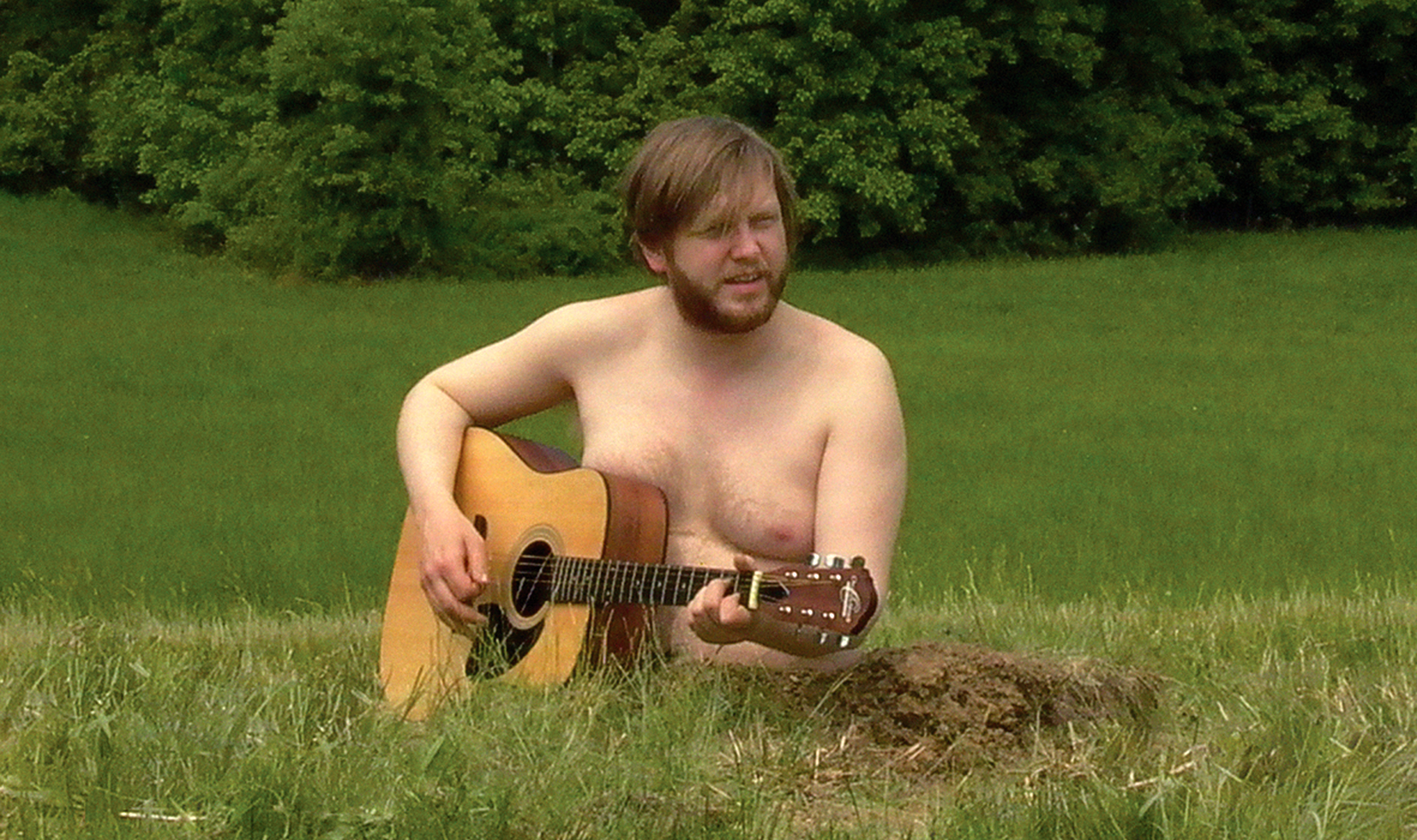 Repetition has long fascinated Icelandic artist Ragnar Kjartansson. As a young boy, he watched his parents, well-known actors in Iceland, rehearse scenes again and again in the theater. However, rather than becoming bored or distracted, Kjartansson was fascinated by the way the same words constantly became new. This method would become the inspiration for much of his practice.

Born in 1976 in Reykjavik, Kjartansson’s career in music began in his teens as a member of the Icelandic boy band Kósý and continued in groups that include Trabant, The Funerals, Kanada, and his current band, Ragnar Kjartansson & The All Star Band. He further sharpened his talent in music, theater, and performance, ironically while a painting major, at the Icelandic Academy of the Arts in Reykjavik from 1997–2001. The Opera, his graduation piece and first work with him acting out a live loop, took place in a storage room that Kjartansson painted and decorated into a makeshift rococo theater. Dressed in period costume with powdered face and wig, he sang improvised, Italian-sounding arias five hours a day for two weeks.

At this early stage, Kjartansson saw something “religious” and “sculptural” in the act of repetition, which he continued in musical performances for live audiences as well as video. Solo exhibitions of these works have been held at Hirshhorn Museum and Sculpture Garden; Mass MOCA; Palais de Tokyo, Paris; Cleveland Museum of Art; New Museum of Contemporary Art, New York; and ICA Boston. Kjartansson’s work has been included in group exhibitions at Whitechapel Gallery, London; San Francisco Museum of Modern Art; The Broad, Los Angeles; Modern Art Museum, Fort Worth; Venice Biennale; and Prospect.2, New Orleans. He also has received numerous awards, including the Icelandic Order of the Falcon; Richard Serra Award, National Gallery of Iceland; and the Malcolm McLaren Award, Performa 11.

Kjartansson’s early works include Mercy (2004), which features the artist alone on a red-curtained stage sporting an all-white suit and a quiff. Evoking a young Elvis Presley, for a little over an hour, he plays guitar and emotively sings, “Oh, why do I keep hurting you?” over and over. As Kjartansson stares deeply into the camera, his performance makes one wonder if he is addressing a particular person, the viewer, or perhaps himself.

Since his days in a boy band, however, collaboration also has been a key factor in the realization of Kjartansson’s work. Accordingly, the number of performers substantially increased in God (2007), which features Kjartansson accompanied by a ten-piece jazz orchestra, with everyone dressed in black-and-white attire. Reminiscent of the Lawrence Welk Show, a floor-to-ceiling pink satin curtain covers the set and Kjartansson repeatedly croons the mantra “Sorrow conquers happiness” into a microphone for half an hour. While the lyrics sound bleak, Kjartansson saw the phrase as palliative. He recalls, “I was so religious when I was younger.... But I’d stopped going to church. And it was very freeing, somehow, to know that bad things were going to happen, and sorrow would conquer happiness, and we’re going to die, but that it’s all right, it’s all fine.”

For other works, Kjartansson has invited the band The National to play its three-minute song Sorrow repeatedly for six hours at MoMA PS1, New York (A Lot of Sorrow, 2013–14), and S.S. Hangover (2013) entails a brass sextet that plays daily for six hours on a boat. However, in terms of duration, Kjartansson’s most ambitious piece is Bliss (2011). With a team of opera singers, Kjartansson sung the three-minute ariaof Mozart’s Marriage of Figarorepeatedly from noon to midnight at Abrons Arts Center in New York City. The work recalls Kjartansson’s early student piece, Opera, as the group is dressed in lavish period costumes in an opulent set created by the artist. Accompanied by a full orchestra in the pit below, the group maintains a loop of the brief scene in which the count begs for the countess’s forgiveness for his unfaithfulness for twelve hours, during which players occasionally sit on the stage to rest or go backstage to refuel or relieve themselves.

The Visitors (2012) continued Kjartansson’s use of durational performance in an hour-long piece conceived as an installation. Shot in a single take, the work comprises nine life-size projections, each featuring a different musician, who inhabits a separate room or the grounds of the 200-year-old Rokeby Mansion in Hudson River Valley, New York. Each romantically distressed room is lovingly lit and opulently furnished in a style evocative of a John Singer Sargent panting, including the bathroom where Kjartansson appears, playing guitar in a clawfoot tub. Connected by mics and earphones, the group plays simultaneously and separately, singing the lyrics of a poem written by the artist Ásidís Sif Gunnarsdóttir. They eventually home in on the line: “Once again I fall into my feminine ways,” repeating the words again and again. Rather than tedious, each line, note, and gesture becomes a dynamic, moving experience as the mood and tone of the music evolves from a melancholic dirge to a raucous gospel song.

While much simpler in its production, the early video Satan is Real (2004) combines several of the artist’s longstanding interests—repetition, duration, music, and performance. Kjartansson appears bare-chested and buried waist-deep in a Reykjavik public park. Strumming a guitar, he plaintively sings the line—“Satan is real; he’s working for me”—repeatedly for 64 minutes. As he does so, children frolic around him. They eat ice cream, turn cartwheels, and, at times, surround and stare at Kjartansson, curious but ultimately unaffected by his bizarre appearance or ominous lyrics.

Satan is Real is another test of endurance with the artist trapped within the earth, but remaining present in his performance of the song for more than an hour. Kjartansson remains a still point and any sense of variation comes from the appearances and disappearances of the children. Their playful innocence, in addition to the lush field of grass and stunning sun-filled weather, also counter any of the grimness or self-seriousness of Kjartansson’s performance, which arose from his mishearing of a Louvin Brothers's gospel song. The actual lyrics are: "Satan is real, and he's working in spirit…. He can tempt you and lead you astray." Kjartansson thus mocks himself, picturing himself as a cheerless, confused clown that nonetheless amuses and absorbs onlookers. —Kanitra Fletcher