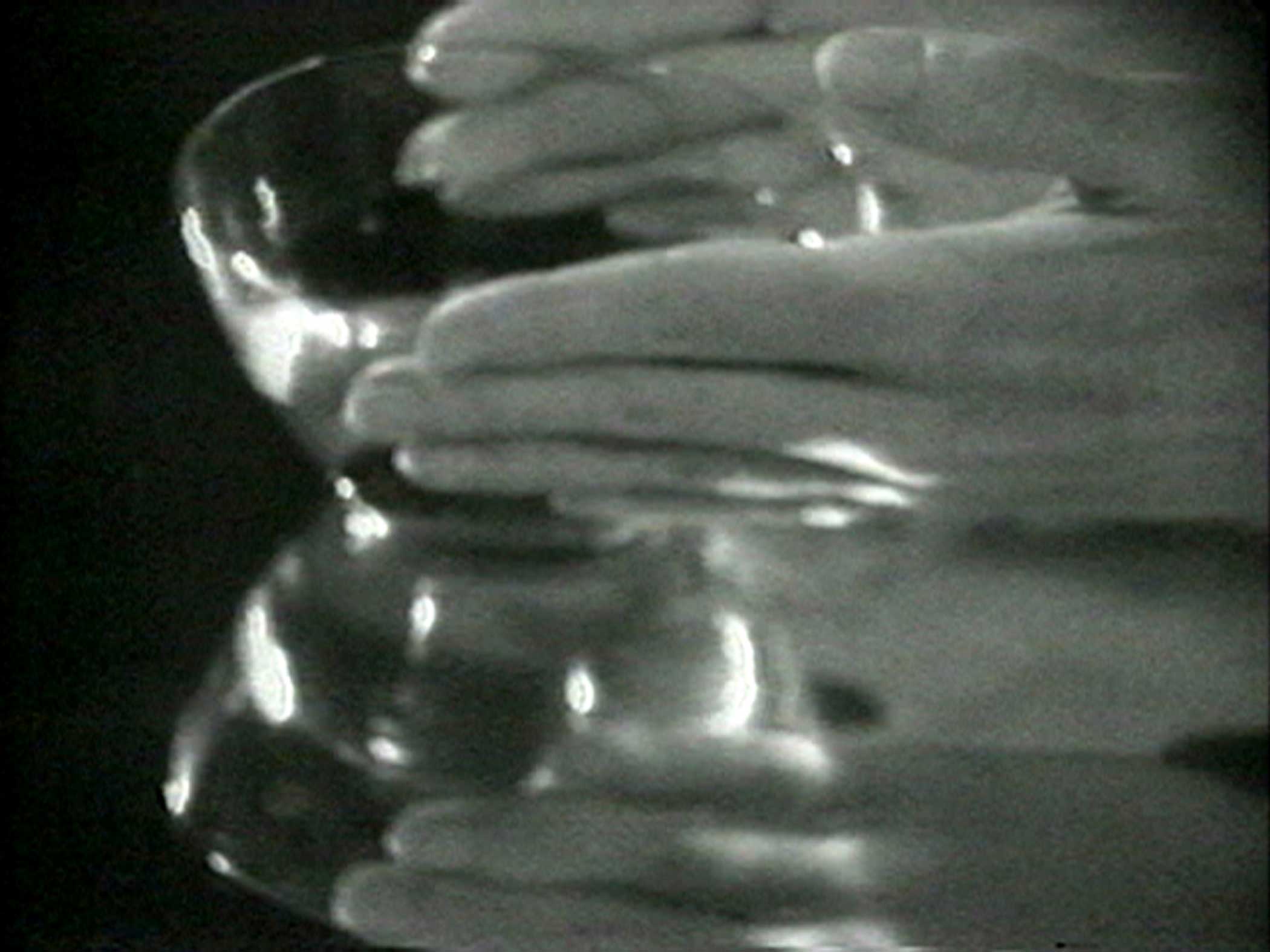 Born on March 4, 1951, in Busan, South Korea, Theresa Hak Kyung Cha emigrated to America a decade later with her parents and siblings, who sought to escape the repressive conditions of military rule. The family settled briefly in Hawaii and, one year later, moved to San Francisco. Cha later attended the University of California at Berkeley, where she earned four degrees: a BA in comparative literature and a BA, MA, and MFA in art. She also studied at the Centre d'Etudes Americaine du Cinema in Paris in 1976.

Cha held various positions after returning to the United States from Europe. She was an artist-in-residence at the Nova Scotia College of Art and Design, taught video art at Elizabeth Seton College, worked in the design department of the Metropolitan Museum of Art, and was an editor and writer at Tanam Press in New York, the last position she held before her tragic death in 1982. Thirty-one years old and newly married, Cha went to meet her husband, Richard Barnes, who was photographing the restoration of the Puck Building in lower Manhattan on the evening of November 5. Once inside the building, she encountered Joey Sanza, a security guard, who raped and strangled her.

Before her untimely passing, Cha had developed a practice in which she worked with and combined aspects of various media, including ceramic, performance, artist’s books, concrete poetry, film, video, sculpture, mail art, audio, and slide projections. She would blur the boundaries of artistic categories by taking the formal elements of one medium and reinterpreting them in another. For example, her approaches to poetry or books would appear in her films and videos and vice versa.

Cha made no firm distinction between her approaches to the visual and linguistic aspects of her art. She manipulated words and letters in her visual and performance work, sometimes changing the sizes and placement of letters and imposing them on or near images as a form of communication, which was a theme in Cha’s work. In fact, she was trilingual and would use Korean, English, and French simultaneously in many of her pieces. Moreover, Cha would use the languages in ways that demonstrated her interest in how words and meaning are constructed and transformed through the manipulation of grammatical structures.

Cha’s focus on language and communication stemmed from her experience of being a refugee and emigrating from Korea to the United States at the age of twelve, which made displacement the central theme of her art. She would often represent her own history of personal dislocation and disruption symbolically through the shifts and ruptures in the visual and linguistic forms of her artwork. Cha’s methods also derived from French psychoanalytic cinema and linguistic theory of the 1970s, which she had studied in France with Christian Metz, Raymond Bellour and Thierry Kuntzel, among others, as well as far-ranging cultural and symbolic references, from shamanism to Confucianism and Catholicism.

Cha’s 1975 video Mouth to Mouth, for example, suggests “looking for the roots of language before it is born on the tip of the tongue.” It begins with a pan across the symbols for eight Korean vowels followed by a close-up of Cha mouthing Korean vowel sounds, as we hear the white noise of television static and then the sound of running water. Thus, Cha presented the sight and action of language countered by nonverbal, or perhaps preverbal, sounds to disrupt the expectation of the phonetic sounding of the vowels. By silencing the characters, Cha effectively rendered them empty or rather filled them with new sounds and alternative meanings.

Similarly, Vidéoème (1976) is a meditation on speech and language, in which Cha juxtaposesd English and French words to form new relationships and meanings. A simple character generator displays white text, which fades in and out of a black screen. The characters “vidé o” appear and eventually fade on the screen. They refer simultaneously to the medium of video—which means “I see” in Latin—and the French word “vide,” meaning “empty,” as a female voice-over sounds the words, “to see.” The particle “ème” then appears, its sound echoed by the voiceover that says “em(pt)y.” Finally, Cha fused together the new word “vidéoème,” seemingly to refer to the work itself as a “video poem.”

Cha produced performances, such as Aveugle Voix (Blind Voice) (1975), in which she blindfolded herself with a headband inscribed with the word “voix/voice” and covered her mouth with another headband inscribed with the word “aveugle/blind,” as well as text pieces that explore the relations between dualities. They include Presence/Absence (1975) and Father/Mother (1977), both of which feature family portraits repeatedly photocopied. Cha would translate the technique of photocopying to her film Permutations (1976). It features six shots of the face of Cha’s younger sister, Bernadette, and quickly cuts from image to image, which intensifies the flickering effect of film. Furthermore, the fast-paced movement between singular yet similar images makes the sudden insertion of Cha’s own face into the sequence all the more surprising.

Permutations and the artist’s books suggest the close relationship between Cha and her family. The prose/poem Dictee (1982), Cha’s best-known work, also speaks to her identification with her mother, whose past Cha conflated with the stories of martyrs. Through a montage of maps, poems, stories, diagrams, and family photographs, annotated in intermittent French, English, and Latin and the letters of the Korean alphabet, Dictee relates Cha’s mother’s history and her own experience of exile to the stories of Demeter and her daughter, Persephone; the Korean revolutionary heroine Yu Guan Soon; and Joan of Arc.

Re Dis Appearing (1977) visually evokes themes of exile and displacement as well, through overlaps and interjections of multilingual speech and austere, cryptic imagery. In the film, Cha’s hands place a transparent bowl of tea onto a black surface and the camera lingers on the swaying liquid. Moments later, superimposed over the image of the resting bowl, we see the hands enter the scene again to take the bowl away. The video then cuts to grainy images of a landscape, a body of water, and stones on a sandy beach. The image of the bowl slowly fades into the image of the stones, which slowly fades out. Then Cha takes the bowl away. Thus, as the title suggests, the tea disappears again or “re-disappears.”

As the images appear, disappear, and appear again, we hear overlapping almost unintelligible voices. Cha speaks in French and English, and at times, clearly states certain words and phrases, such as “bowl of tea,” “sleep,” “celebration,” and “camouflage.” The emergence and disintegration of her voice complements the echoic, fragmentary effect of the imagery. Suggestive of the experience of being an immigrant and in-between cultures, as Cha was for much of her life, Re Dis Appearing dislocates the viewer and draws her attention to the spaces and moments in between what is perceived. —Kanitra Fletcher