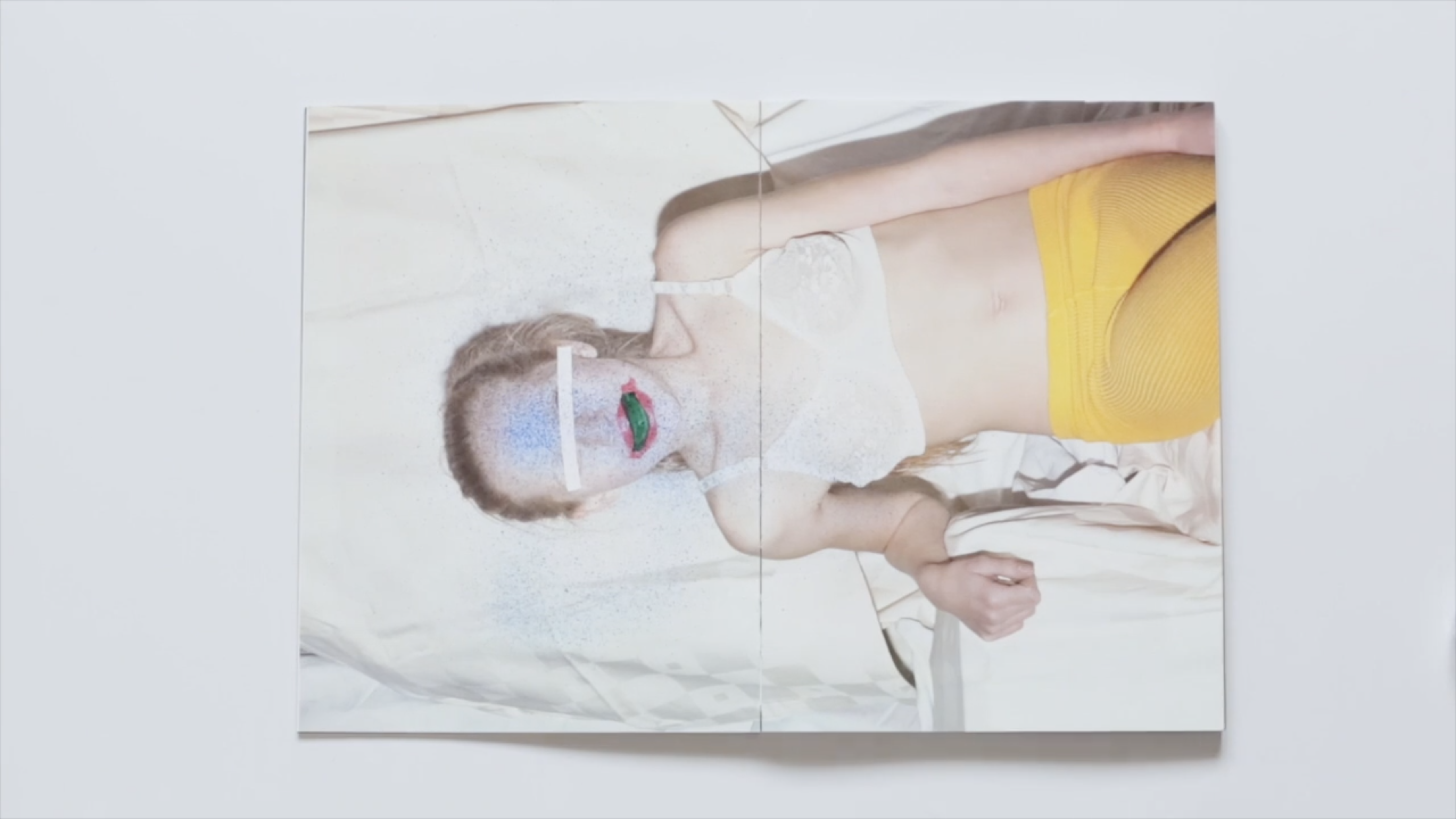 “I don’t have a driving license, but I do have tinnitus. I like outsiders, doggie dubbing, washed hands, people who wake up early and freedom. I do not like waiting, deep water, motivational books, rhubarb, interviews about cooking and my legs.”

And so begins Czech artist Vendula Knopová’s artist statement, in which she also states, “I prefer to consider myself an ambassador of humor than an artist.”

Indeed, Knopová has captured humor with a range of odd subjects and bizarre situations in her photography. Currently based in Prague, Knopová (b. 1987, Ústí nad Orlicí, Czech Republic) studied advertising photography at Tomáš Baťa University in Zlín, Czech Republic. However, she eventually grew frustrated with her life in advertising. Dealing with client relations, long hours, financial disagreements, content disputes, and her own perfectionism led Knopová to abandon her career and the camera.

She set off for Costa Rica and Mexico to relax and reflect on her future. After seven months away, Knopová yearned to be creative again, but was not ready to return to photography. Instead, she tackled other mediums—painting, collage, papier-mâché, and embroidery—to create colorful faux-naïve portraits, graphic text paintings of song lyrics and clichéd slogans (“Come On Baby Light My Fire” and Love Yourself”), and a ring of smiling, dancing miniatures, or “Happy Shiny People” (2019/2020). Knopová recently exhibited these new works in her aptly titled exhibition, I Would Like to Introduce You to My Burnout at Gandy Gallery.

Prior to her burnout, Knopová garnered acclaim for her photography. In 2016, she won the Grand Prix de Jury at the International Festival of Fashion and Photography in Hyères. She received the Arte Creative Award (Portfolio Review Düsseldorf) and Grand Prix at Poznań Photo Diploma Awards in 2015 as well as the 2013 ON Award at OFF Festival in Bratislava. These awards were bestowed for peculiar images that include a ping pong table transformed into a dinner table (Untitled, 2015) and a young woman posed on a motorcycle wearing an enormous black cape that extends from her neck to cover the bike from wheel to wheel (Two Walk and the Middle One Falls Down, 2013). Knopová also created diptychs, such as Sádelník (2013), which juxtaposes a black-and-white image of an obese man shot from behind as he eats in a corner with a still life of a sliced orange and carrot propped up on its end by nails and a tweezer.

Similarly strange images form Tutorial (2016)—a collection of her own and found photographs, or as Knopová explains, “a best-of compilation from my mom's hard drive, which had to undergo an adequate selection process of pictures of pets and natural disasters…. I mixed them up with my snap shots of our weird family episodes.” The video of the same name takes the viewer through the publication page by page as Harry Belafonte’s “Day-O (Banana Boat Song)” plays in the background. Knopová flips through Tutorial, which variously shows her unusual sensibility in images of a pair scabbed knees, braided lock of hair dangling from a string, hanging animal hide, sausage protruding from a car muffler, and other curious shots. She also pauses to mark over, write across, and attach stickers and other materials to multiple pages, giving us a bird’s-eye-view of her quirky yet delightful process.

Also woven into this presentation are the “weird family episodes” on which Knopová ostensibly based her photographs. From a fake intestinal surgery to a living room jam session, the artist’s footage takes viewers inside her home to observe the familial camaraderie and creativity behind the deadpan humor of her imagery. Thus, Tutorial is a generous, thankfully undidactic lesson for these fraught times, a welcome way to learn absurd, unexpected approaches to joy and art in life. ―Kanitra Fletcher