Landmarks announces a significant addition today: the commission of a monumental mural by artist José Parlá. The site-specific work will be an integral part of Robert B. Rowling Hall, the new graduate education building for the McCombs School of Business. Rowling Hall was designed by Ennead with Jacobs and is scheduled to open Spring 2018.

Parlá’s mural for Rowling Hall is his most ambitious project to date, occupying some 4,000 square feet and transforming a 25 x 160-foot wall into a sweeping visual landscape. Conceived as a narrative that evokes Austin’s natural environment and its urban cityscape, the mural will feature Parlá’s characteristic traces of collage, pulled impasto surfaces, and signature calligraphic marks. 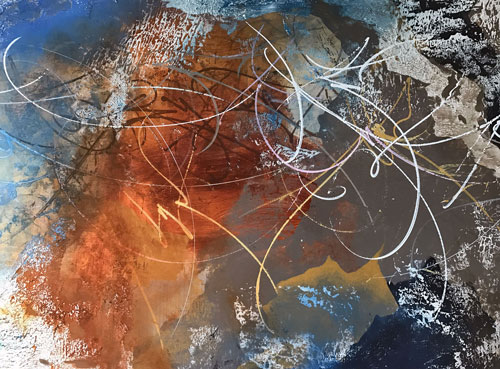 José Parlá, Detail of a working study for the Landmarks commission, 2017.

"The sheer scale of this undertaking is arresting,” said Andrée Bober, founding director of Landmarks, “and José Parlá is the perfect artist to tackle it. He instinctively understands architectural composition and he’s intrepid when it comes to experimenting with new ways to expand his practice. Beyond the visual delight of his painting, I think people will connect with his evocation of history, memory, and the experience of life and the landscape of Austin."

Rowling Hall is an architectural anchor of the McCombs School of Business and an extension of the AT&T Executive Education and Conference Center. Its design by Ennead combines flexible classrooms and gathering spaces that support new ways of teaching and learning. A signature feature of the building will be José Parlá’s mural, which is planned for the grand entrance to the Zlotnik Family Ballroom in Rowling Hall.

"Among our goals is to encourage students to think broadly and creatively, to question everything, and to be comfortable with ambiguity,” said Jay Hartzell, Dean of the McCombs School of Business. “Parlá may have grown up with modest beginnings, but he created value by channeling his observations and experiences in a way that resonates with others widely. The success of his work will provide invaluable inspiration."

The installation of Parlá’s mural supports Landmarks’ broader strategy to develop an extraordinary public art collection that both enhances the aesthetic character of the campus and supports pedagogy. An ongoing percent-for-art allocation ensures the collection develops in tandem with the rapid expansion of the campus.

Carlo McCormick, an American culture critic and curator, will serve as curatorial contributor, writing a scholarly essay about Parlá’s mural and leading a Q&A with the artist during the opening festivities in Spring 2018. Reflecting on Parlá’s work, McCormick has observed, "Caught very much in the moment, Parlá's time is always transitory, a measure of echoes rather than certainties, a resonance of history where absence constitutes a more formidable presence than anything so shiny and new as the present." 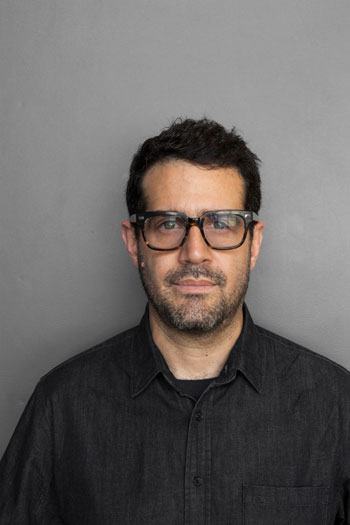 José Parlá is a critically acclaimed, multidisciplinary artist in painting, large-scale murals, photography, video, and sculpture. Layers of paint, gestural drawing, and found ephemera combine to evoke the histories of urban environments. Using the backdrop of world cities, he creates abstractions that can appear to be photorealist fragments of what he sees in the chaos and rush of the metropolis.

Born in Miami in 1973, Parlá studied at Miami Dade Community College, New World School of the Arts, and Savannah College of Art & Design. His work has been exhibited internationally and includes major commissions for the Brooklyn Academy of Music and The One World Trade Center in New York. Public institutions that have collected his work include The British Museum; The Albright-Knox Art Gallery; POLA Museum of Art in Hakone, Japan; and The National Museum of Fine Arts in Havana, Cuba. He is represented by Bryce Wolkowitz Gallery, New York.