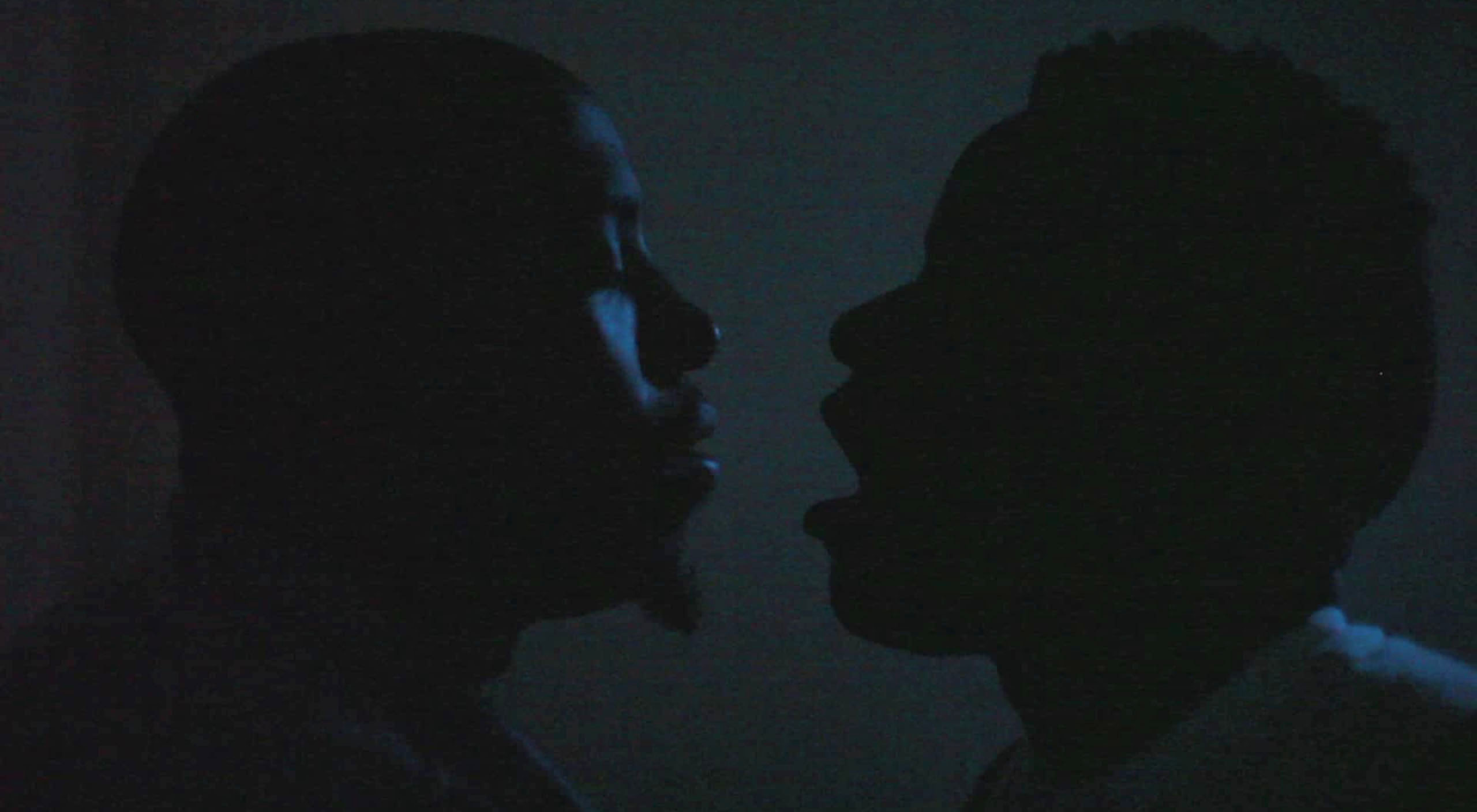 In his evocative photographic portraiture, Brooklyn-based artist John Edmonds conveys the dimensionality of his subjects and the objects surrounding them—across their bodies and placed in their settings. As a black queer man raised as a Christian in Washington, DC, Edmonds faced inner turmoil, but also recognized his need to connect to others and the ways in which the photographic medium might enable the exploration of his own history and psychology as well as engender relationships. As the artist stated, “There really has to be a sense of urgency and desire … because that’s where great art comes from. Great art comes from a place of urgency and desire.”

Edmonds would go on to study at L’École Parsons à Paris and earn his BFA and MFA in photography at Corcoran College of Art and Design and Yale University, respectively. He has had solo shows at Brooklyn Museum and Light Work, Syracuse, NY, and his work was featured in group shows at the Phillips Collection, California African American Museum, Philadelphia Museum of Art, and Whitney Museum of American Art. Edmonds’s work also can be found in numerous collections, including the Solomon R. Guggenheim Museum, National Gallery of Art, Brooklyn Museum, Museum of Fine Arts Houston, SFMoMA, Philadelphia Museum of Art and Art Gallery of Ontario. He also recently designed a massive 35 x 49–foot mural featuring his photography on the facade of the new UOVO: BROOKLYN art storage facility in Bushwick, Brooklyn.

Edmonds has created a range of formally and emotionally complex photographic series, beginning with Hoods (2014), which features images of people photographed from behind. Each person wears a different style of hoodie, thus completely concealing them from view. Edmonds has explained that the models are of different races, genders, and ages and has stated, “For me, photographing from behind comes from a desire to represent a more universal being.” Nonetheless, the viewer likely confronts their own biases about who they expect to see on the other side of the hoodie, a racially coded garment that in recent years also has become a political statement. Edmonds developed the series while likely keeping in mind the 2012 killing of Trayvon Martin, an unarmed seventeen-year-old Black American, who was wearing a hoodie at the time. As Martin became an icon of protests against racial profiling, the hoodie transcended its utilitarian status in popular culture. Indeed, in his poignant imagery, Edmonds’s subjects appear monk-like.

A second series, Du-rags from 2017, explores another form of self-fashioning transformed into religious and spiritual iconography. The series features models, usually turned away from the camera, which turns our attention to the closefitting, knotted head covering worn by Black men to protect their hairstyles. While there also is a utilitarian aspect to these garments, the silk-like material and small flap that hangs down in the rear, over the neck, evokes a veil, giving the wearer a saintly appearance that Edmonds lovingly captures in his portraits.

In some cases, Edmonds prints the photographs on monumental sheets of flowing silk, further emphasizing the softer, more majestic associations of the du-rag and therefore challenging long held assumptions about Black masculinity. Edmonds recalls, “When I moved to Brooklyn, New York, I was fascinated by the ways in which everyday headpieces became regal on the heads of my sitters…. What originally started as an exploration of Black beauty became an intimate look at these figures ascending unto divine order.”

Edmonds followed these series with Tribe, which features images that recall historical, usually Surrealist, photography that often juxtaposed subjects with African art. Edmonds also poses Black models with African objects—decorative masks and sculptures from his personal collection—to interrogate the notion of authenticity and the ways in which race and ethnicity have been portrayed in the history of the photographic medium. Edmonds recalls, “A lot of the pictures are really about me trying to disentangle my relationship to the objects, more than trying to create this kind of monolithic understanding of Blackness or Black art.”

In Tribe, Edmonds gestures to canonical photography—by Man Ray, Mapplethorpe, and others—artwork by Constantin Brancusi, and images of queer Harlem Renaissance artists photographed by Carl van Vechten to critique and comment on these references that so often conflate Black bodies with African objects—objects that also would be positioned in contrast to (and thereby glorify) White womanhood.

Edmonds instead confers intimacy and beauty onto Black male and female subjects. He conveys tenderness within tropes of art history and ethnography. The poses and symbols that were associated with the objectification of Black people are used to evoke humanity and forge a connection with viewers. The subjects’ figures are caressed by light and appear to be glowing and gazing into our eyes, exuding spirit, feeling, and individuality.

The video Shotgun (2014) expresses these same qualities in its depiction of two young Black men alternately passing smoke from their blunts into each other’s mouths. In a dim, blue-lit room, Edmonds focuses on the heads of the two men, the proximity of which continually teases the promise of a kiss. Plumes of smoke rise above their heads, and periodically the men’s lighters set off flashes of golden light, conferring further sensuality onto this utilitarian scene. In fact, shotgunning weed is a simple, practical way to get another person high, but in Edmonds’s video, it becomes a sensuous duet performed in the delicate glow of moonlight.

Moreover, Shotgun is even more poignant during this time of the COVID-19 pandemic when we know to stay away from each other because of the possible danger of infection from the droplets and aerosols we emit from our mouths. Watching Edmonds’s video, we witness not only a sense of desire between the two men but also likely recognize our own desire for such intimate exchanges and the inherent beauty of being close to others. —Kanitra Fletcher