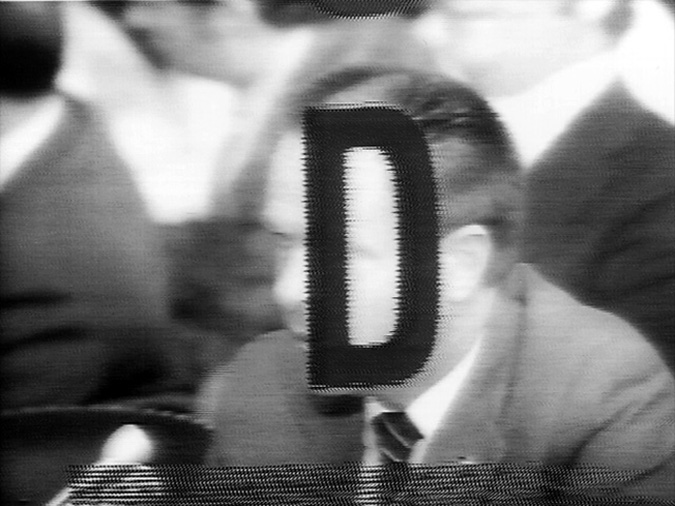 Video
13:52 min., color, sound
Courtesy of the Video Data Bank at the School of the Art Institute of Chicago, vdb.org

Keith Sonnier (b. 1941, Mamou, Louisiana) radically reinvented sculpture in the late 1960s. A part of the Process Art Movement, Sonnier, along with his contemporaries, Eva Hesse, Barry Le Va, Bruce Nauman, Richard Serra, Joel Shapiro, Richard Tuttle, and Jackie Winsor, called all previous conceptions of sculpture into question. Sonnier explains, “We chose materials that were not ‘high art’; we weren't working in bronze, or paint, even. We were using materials that weren't previously considered art materials. They were deliberately chosen to psychologically evoke certain kinds of feelings. I use psychologically loaded materials.” These have included unexpected elements, such as latex, satin, bamboo, found objects, aluminum and copper, glass, satellite transmitters, video, wax on wood, and neon and florescent lights, the latter of which became a defining element in his work.

Sonnier’s early work incorporated audiovisual technologies with sculptural elements and installations. His Mirror Act series (beginning 1970) took place between two seven-foot-square parallel mirrors. Sonnier saw the objects as two “framed camera spaces,” which became the basis for video works, including Channel Mix (1972). First presented at Leo Castelli Gallery, Channel Mix includes two wall projections using a video mixer and four daytime TV shows. Sonnier recounts, “The viewer would walk into a space and channels 3, 4, 6, and 8 were all going at the same time. It was the beginning of sending and receiving—where there are two channels of projected information and electrical impulses moving in two ways.”

Sonnier went on to explore the concept of sending and receiving in works such as LA-NY Hook Up (1975), which was two amplified spaces. When a visitor entered the space in Los Angeles, she could talk directly to another person in New York City without a telephone and vice versa. Send/Receive (1977) was a collaboration with Liza Bear that connected groups of artists on the East and West Coasts via public satellite. Using a live television connection between San Francisco and New York City, Send/Receive provided a medium for instant response to artwork projected by the two groups. In this way, Sonnier adapted communication systems typically used for governmental or militaristic purposes for public artistic projects. According to Sonnier, “that was the most overpowering thing about Send/Receive—the media is so completely politically controlled, and the focus became less and less about making work as illustrating this huge propaganda tool. Acquiring that tool was the political thrust—making that tool culturally possible.”

Since making these groundbreaking audiovisual, experimental installations, Sonnier has investigated the possibilities of neon in series of site-specific installations. The linear quality of neon allowed Sonnier to draw in space with light and color while colored light interacted with the surrounding architecture, as seen in his seminal Ba-O-Ba series (beginning 1967). Titled to reflect the artist’s Cajun upbringing, Ba-O-Ba has been developed by Sonnier over the past forty years. Works in the series combine variously colored neon lights with foam rubber or large plates of colored glass or are large-scale transformations of buildings—the Lever House in New York City or the Neue National Galerie Berlin—with neon tubes covering the exteriors. Sonnier then turned away from abstract sculpture toward figuration in the 1980s and later developed expressions of how light and architecture affect human communication and interconnection. Interpretations and explorations of sending and receiving thus have been a long-standing interest of Sonnier’s, since the 1970s, when he introduced video to his work.

At that time, Sonnier began experimenting with the formal properties of computer-generated video by using a Scanimate computer. Animation 1 (1973) originated from this period of his career. The work begins with footage of the Watergate hearings, specifically the questioning of H.R. Haldeman by Sam Dash, layered with images of letters (ABCD), numbers (1234), and newspaper articles, including the story of artist Robert Smithson's death, an investigation of oil extraction in the Persian Gulf, and small "human interest" items read aloud by Sonnier. He also can be heard directing the placement of the imagery.

The combination of various types of media formats evokes the pervasiveness of mass media, particularly TV, in everyday life. As in many homes, the TV broadcast in Animation always is running in the background, with the severity of the impeachment hearings is followed by commercials for Tupperware and furniture polish as well as a talk show interview with Dionne Warwick and Burt Bacharach. Politics, advertising, and celebrity are all on equal footing. However, Animation ends with a view inside the studio where Sonnier and his assistants produce the video. He provides a peek behind the curtain, so to speak, for viewers to see the reality of the making of the work, thereby suggesting the manufacture of the media we consume on a regular basis. Similar to his other early works that repurposed tools of propaganda, with Animation, Sonnier manipulates the organs of mass media in an innovative, thought-provoking way. –Kanitra Fletcher