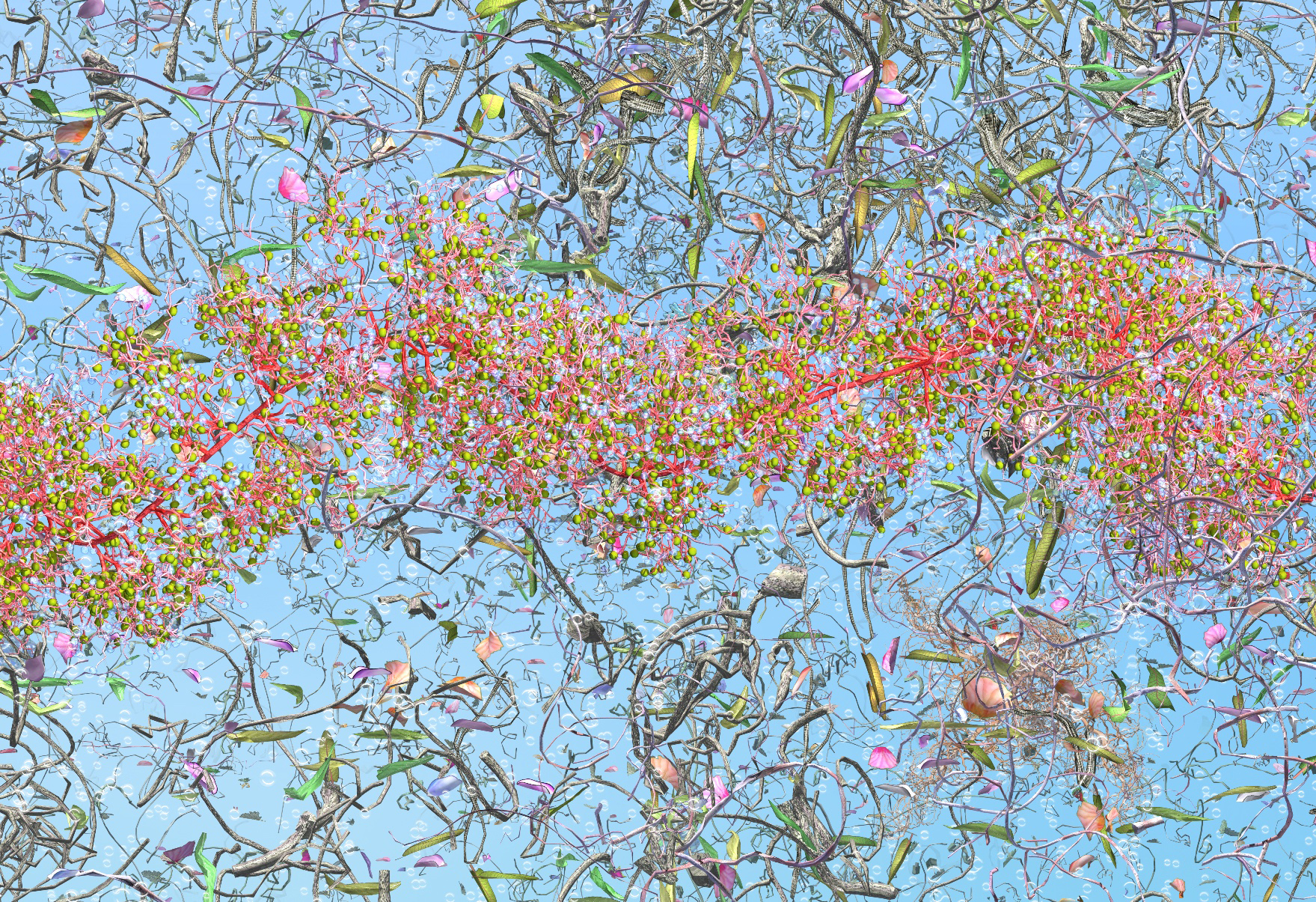 Landmarks received a national CODAaward for its commission, Eon, by Los Angeles-based artist Jennifer Steinkamp. Selected as the year’s best public art at an educational institution, Eon was commissioned by Landmarks for Welch Hall, UT’s largest academic facility and part of the College of Natural Sciences. The 30 x 9-foot digital video explores the theory of symbiosis, a key component of evolution that champions the idea of survival through cooperation.

The award marks Landmarks’ fifth recognition from CODAworx, a national organization that celebrates outstanding projects which integrate commissioned art into interior, architectural, or public spaces. Landmarks installations by Ann Hamilton, Jose Parlá, Ben Rubin, Nancy Rubins and James Turrell were previously awarded, as were four videos produced by Landmarks in support of works from its collection.

Steinkamp’s project was selected from among 374 entries from 19 countries. CODAaward’s jurors included eighteen distinguished leaders in art and design from Pratt Institute, Gensler, Times Square Arts, Rhode Island School of Design, and other organizations. Criteria included: the integration of a commissioned artwork into a site-specific project; the strength of the collaborative process among the creative teams, commissioners, and industry resources; and the seamless blending of art and design to create a place as art, rather than a place with art.

As a CODAworx winner, Eon will be featured in the November issue of Interior Design Magazine, on the CODAworx website, and at the 2021 CODAworx Annual Summit.

Eon was sponsored in part by National Endowment for the Arts (NEA). To find out more about how NEA grants impact individuals and communities, visit www.arts.gov.