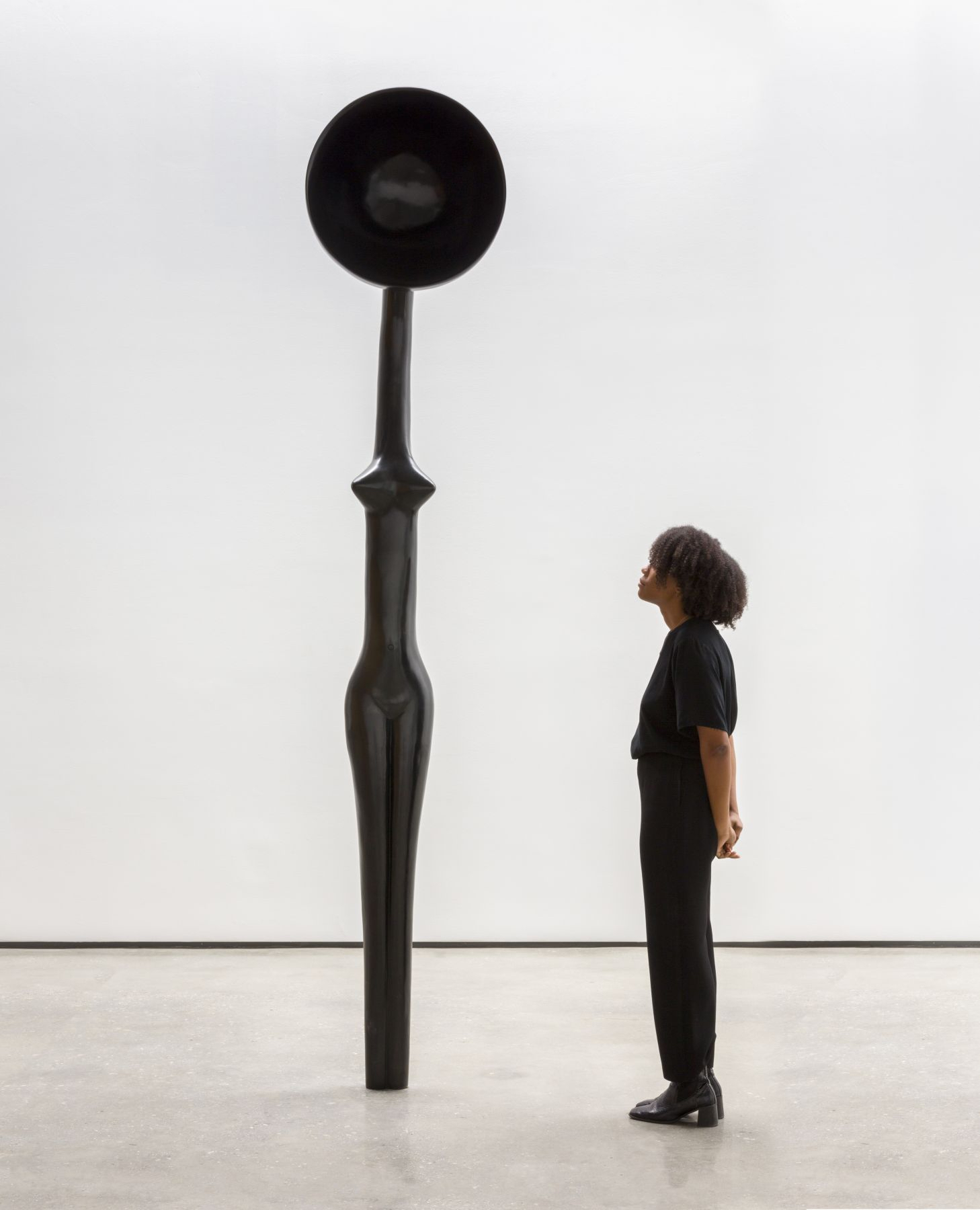 Leigh creates sculptures that are concerned with the empowerment of Black women, often drawing inspiration from vernacular objects of the African Diaspora. Sentinel IV is modeled after a Zulu ceremonial spoon, a utensil that conveys status among the Zulu people and symbolizes women’s labor. It extends the artist’s interest in neglected objects that are shaped by use and imbued with power and meaning.

The work is sited at the renovated Anna Hiss Gymnasium, a building that once served as the women’s gym at the center of the university’s Women’s Campus. Its courtyard anchors the sculpture in a welcoming garden that serves as a gathering space which invites reflection and engagement. Sentinel IV honors Black femininity while also investigating historical and intersecting ideas of race, beauty, and the association of Black women’s bodies with work. The sculpture stands watchful and observant, emanating a powerful presence that proclaims a radical openness to seeing. Its siting aims to signal that all are seen, and all are worth seeing.

By way of introducing the sculpture to campus, Landmarks has been engaged in conversations with students, faculty members, and leaders of Austin’s Black communities about the work’s significance and its context on campus. This ongoing dialogue between Landmarks and Austin’s diverse partners is rich and meaningful. Questions for the artist and feedback about the project are encouraged.

Landmarks will celebrate the opening with a virtual Q&A led by Dr. Stephanie Sparling Williams and the artist on July 15, 2021. Prior to the public opening, Simone Leigh and Dr. Cherise Smith, a UT Austin faculty member, will lead a university-wide conversation for students and faculty. To register for these events go to Landmarks' event page.