From the origins of personal video technology in the 1960s, artists have used video as a medium for cultural examination and intimate self-expression. Early practitioners such as Carolee Schneeman, Valie Export, Bruce Nauman, Joan Jonas, and Nam June Paik created video art that would protest war, challenge the male gaze, critique the media, and document performative actions. Their experiments helped forge a new genre of art making, one that extends from early technology like the Sony Portapak to the widespread use of video in smartphones today. As video technology has become ubiquitous, artists embrace the medium to create works of art that express their identities and confront injustices. In doing so, they shed light on innumerable ways of being.

Begun in 2010 with the goal of familiarizing students with the genre, Landmarks Video presents some of the most admired works of video art at The University of Texas at Austin. Typically 2-3000 students see a different artist's video each month on a media station in the Art Building. Videos are chosen to reflect a broad range of styles, perspectives, and experiences. The process, led by Landmarks Video Curator Kanitra Fletcher in conversation with Landmarks Director Andrée Bober, has fostered meaningful dialogues about the merits of each work and the questions they raise. That many of the videos address issues of identity, culture, and politics, these conversations have naturally expanded our mutual understanding.

The idea to create an online exhibition of videos arose from the shutdowns that began in March 2020 during the Covid-19 pandemic. With the media station closed temporarily, we realized that some of the videos that had been exhibited and studied during the past decade were now available online. Students Lucy Belle Harmon and Anshah Lakhani identified titles that could be viewed freely. The resulting exhibition links to these sources and to essays about the works.

Ways of Being takes stock of videos that have been presented by Landmarks Video previously, with an emphasis on works that illuminate cultural differences through the experiences of various identities in the world. As we thought about how to present the selection, we realized that each video weaves together multiple themes that defy neat categorization. We devised a system to chart these intersections and include definitions to convey our interpretations of their meanings.

The selection of videos lends insight into the types of artistic production that has inspired our efforts for more than a decade. Subjects that are meaningful in our personal lives are expressed by these artists with fierce creativity and passion. Their work challenges the norms of society and demonstrates the profound ways we are affected by its politics. Ways of Being aims to convey the ways a few notable artists see the world, and the ways we might become inspired to effect change. 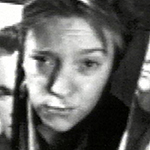 Benning used video to narrate her thoughts and reflect on the challenges of growing up, particularly as they relate to gender and sexual identity. She adopted video as a “camera diary,” exploring a range of urgent themes and voicing her ruminations within montages of photographs, home movies, tv and film clips, and text written on paper. Informed by the “riot grrl” movement of the 1990s, Girl Power refuses to visualize female passivity and politeness in favor of a range of views of radicality and rebellion. 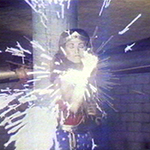 Birnbaum’s work is heavily invested in the appropriation and deconstruction of televisual imagery. She understood it as coded, particularly in terms of gender, and her practice reflected a sustained search for what it means to be a woman and how that meaning has been constructed in the media. Wonder Woman offers an imaginative perspective, one that draws attention to the sexualized service of the character and calls her identification as a role model into question. 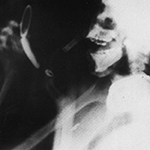 Hammer’s films from the 1970s established her as a pioneer of queer cinema, with unabashed women-only portrayals of joyous lesbian sexuality and female sexual pleasure. Her work illuminates people and topics that have been excluded and relegated to the margins of history, and extends to matters of aging, illness, death, and dying. Sanctus suggests the fragility of structure and mechanics of the human body and is a continuation of the artist's study of female subjecthood. 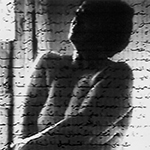 Hatoum’s art is informed by personal experiences and is rarely autobiographical. She uses her past as a way to reflect on larger themes of power, violence, surveillance, and racial and gender politics—widespread concerns that cut across cultural divides. Measures of Distance includes a recording of an animated conversation in Arabic between Hatoum and her mother, with overlays of her mother's letters and images of her in the shower. The presentation effectively intertwines the two women in an imaginary moment across cultural divides. 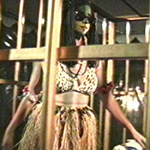 Five hundred years after Christopher Columbus’s arrival in the Americas, Fusco and Guillermo Gómez-Peña exhibited themselves as caged Amerindians from an imaginary “undiscovered” island in the Gulf of Mexico they named Guatianaui. The work is an odyssey which took its creators across three continents and to nine major cities whose histories are steeped in the exploitation of indigenous peoples. Together they collaborated to signify Otherness and discovered that colonial ideals continue to influence our society’s approach toward non-Western cultures. 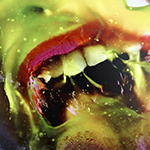 Minter presents fragmented close-up views of women’s bodies to interrogate conceptions of—and desires for—beauty and glamour. Her work raises questions about society’s preoccupation with the so-called imperfections or perfection of women’s bodies. Green Pink Caviar speaks to the excesses of, and gluttonous desires encouraged by, industries of art, beauty, and fashion. 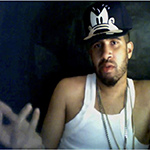 Musson has made his name in the art world as the host of ARTTHOUGHTZ, a web-based series of video performances that parody art world clichés and practices. In his videos, he plays host Hennessy Youngman, employing humor with hip-hop slang to break down the linguistic barriers of the art world. Such instructions speak to the underlying bias that is transmitted through the jargon used by artists, critics, and curators—an exclusionary form of discourse that has been used to marginalize certain groups, principally women and people of color. 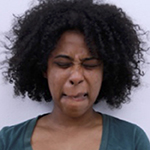 Norris recognizes the experience of black womanhood in not only art but also society. In the video, she sits expressionless in front of a plain white background. Her lips appear pursed, but gradually as she passes through a series of facial movements, we see they actually are glued together. For nearly five minutes, the viewer watches her painfully struggle to free her mouth. With this minimal gesture, Norris speaks to the silence and invisibility surrounding the loss of black women’s lives for which the campaign #SayHerName was created. 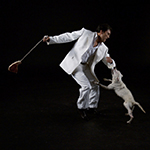 Ríos' work deals with matters of postcolonial geopolitics and ethnic identity as well as the often brutal realities of Latin American society. He combines indigenous traditions with contemporary modes of expression to explore power, violence, mortality, and the human experience. Crudo features a man dancing the Argentinean malambo sureño, a dance historically performed by men as a way of displaying their macho gaucho skills. It offers a tense and stirring take on struggles of power between master and masses. 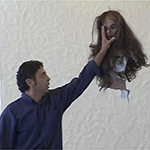 Serrano mainly deals with the bodies and social roles of women as well as the violence and discrimination against them. Her videos portray ordinary situations that illustrate the abuse of power, typically sexual harassment in the private and professional environment. La Piñata addresses the murders of hundreds of young women working in the manufacturing companies of Ciudad Juárez, on the border of Mexico and the United States, whose cases have not been solved. 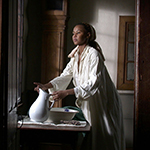 Simpson's poetic and political body of work focuses on the politics of black identity, culture, and history through the lens of conceptual film and photography. Corridor refers to two critical periods in U.S. history for African Americans—the Civil War and Civil Rights eras—via the daily routine of two black women, both of whom are portrayed by the artist Wangechi Mutu. Simpson invites the viewer to focus on the psychological disposition of the women as they move through the corridors of their respective homes, suggesting that history comprises individual lives, rather than a series of constructed narratives. 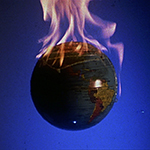 Wojnarowicz was an artist and AIDS activist whose work represented queer visibility and histories of outsiders that otherwise would be forgotten or unseen. He often explored themes of violence, capitalism, and social injustice, incorporating symbols from his Roman Catholic upbringing. The passion and intensity of his views is illustrated in A Fire in My Belly, a visceral meditation on death, power, violence, religion, and sexuality. The film's disquieting scenes and symbols came under political attack in 2010, eighteen years after the artist died of AIDS.